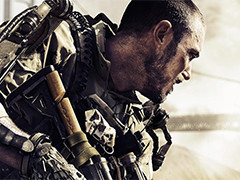 A listing for ‘Call of Duty: Infinite Warfare’ has reportedly appeared on PlayStation Store, according to an image posted by a PS4 user on Reddit.

The alleged listing appears ahead of an official reveal from Activision, which has yet to formally announce this year’s title. It was rumoured earlier today that this year’s Call of Duty could be announced before next Tuesday after an alleged retail document mentioning the new game appeared online.

The Infinite Warfare name could suggest that the game may be heading into space in the very far future, as previous rumours have suggested. It’s possible, however, that the image could be fake, so don’t take it as being official until Activision formally announces it.

The game is currently in development at Call of Duty: Modern Warfare studio Infinity Ward.