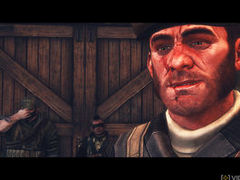 Brothers In Arms: Furious 4 will no longer be released, with the game now so far from the original concept that it will be released under an entirely new title, Gearbox announced at its PAX Prime panel seen by Polygon.

“The game that was announced as Brothers In Arms: Furious 4 has evolved,” Gearbox founder Randy Pitchford said during the Inside Gearbox Software panel.

“I wanted to let everyone know that that game’s no longer going to be a Brothers In Arms game,” Pitchford said. “It’s going to be an all-new IP.”

The change is a result of the core gameplay having diverged too far from the Brothers In Arms experience and as a result was being held back through its tie with the brand.

Look out for a re-reveal at Gearbox’s community day in Dallas later this year.