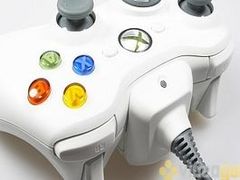 In an interview with VideoGamer.com, Splash Damage creative director Richard ‘Rahdo’ Ham leant his weight to the case for the PC in the age-old argument over which control scheme is best for first-person shooters.

UK based Splash Damage, which has a long term development partnership with Fallout 3 publisher Bethesda, is best known for the PC versions of the Enemy Territory series.

With Brink, however, due out spring 2010, Splash Damage is making its first foray into multiplatform development.

For those wondering which version will provide the best experience, Ham had this to say: “the PC version will always be king”, “if you have got the money”.

“Obviously it goes without saying that on consoles it is going to be pegged to the maximum resolution that the consoles can handle,” he said. “Whereas on PC, the sky’s the limit, depending on what your rig is. There is no choice about it.

“I would be laughed out the room if I were to sit here and say ‘yes of course the console games will look just as good as the PC version’. The PC version will always be king because it can always adapt and keep on building if you have got the money.”

He added: “All PC gamers know that’s where the best experience is going to be if you have got the money. But I am a console player first and foremost and so we are also ensuring it will be a fantastic and beautiful experience on consoles as well.”

For the latest previews, trailers and screenshots head over to our Brink game page.

What do you think? Is the mouse and keyboard better for first person-shooters than dual analogue sticks? Let us know in the comments section below.