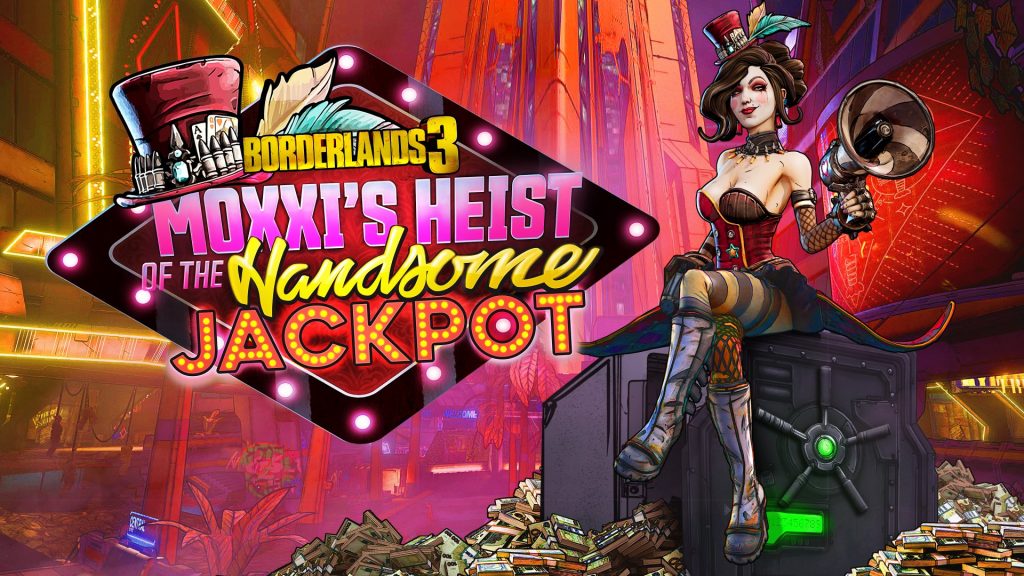 Borderlands 3’s first DLC, Moxxi’s Heist of the Handsome Jackpot, will drop for all platforms on December 19 and it offers all-new Legendary weapons and gear, bosses, and a new zone.

Though Borderlands 3 did extremely well when it launched and achieved the “best numbers in Gearbox history”, it was beleaguered with technical problems across all platforms. As well as releasing a troubleshooting guide for players suffering with the prolific glitches, Gearbox Software has extensive ambitions to augment the experience after its endgame. Moxxi’s Heist of the Handsome Jackpot is number one of the four DLCs coming to the third game in the series, and it has an incredible volume of content for players to get stuck into.

The Handsome Jackpot is an abandoned space station floating in a debilitated edge of the galaxy. It’s lost in time, with multiple models of Hyperion Loader Bots patrolling its halls, and a few new neighbours who haven’t entertained visitors in an age. The campaign asks players to uproot the vault of loot for Moxxi. She’s the one who designed the casino, so she knows exactly where to look. There are new side quests and Crew Challenges, but it’d be remiss to visit the (formerly) fabulous The Handsome Jackpot without a souvenir or three.

Glimmering gear and Legendary weapons are on offer, as well as glitzy Vault Hunter heads and skins, weapon trinkets, an ECHO Device skin, and new emotes. To access the DLC, players must have completed the Borderlands 3 prologue. In addition, the campaign is targeted toward players who are level 13 but the loot and enemies will scale up with higher-level Vault Hunters too.

Moxxi’s Heist of the Handsome Jackpot will release on December 19 for Xbox One, PC, and PlayStation. Watch the trailer below.