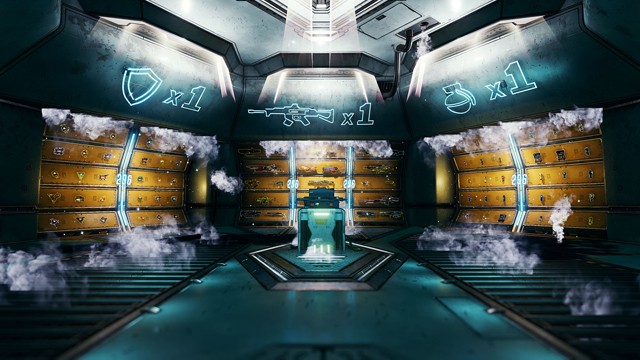 Gearbox has lifted the lid on a couple of new features coming in next week's Director's Cut DLC for looter shooter Borderlands 3, namely Vault Cards and the new Diamond Keys.

As detailed on the official Borderlands blog, the first of what will be three Vault Cards is named Fallen Heroes and will launch on the same day as the DLC. When they're activated they'll add an extra progression bar to your HUD that fills alongside your XP. Filling it up will grant you levels and you'll be able to boost that progress by completing various Daily and Weekly challenges pulled from a pool of over 100.

Every time you level up the Vault Card, you'll get a Vault Card Chest containing a reward from a piece of gear from the weekly loot pool, a Vault Card cosmetic item, a Vault Card key that unlocks legendary gear and cosmetics from the asscoiated card or the new Diamond Keys.

Diamond Keys then will unlock a new Diamond Armory room found on Sanctuary III located beneath the Bridge on the upper deck. Once you activate the Diamond Chest in the middle of the room you'll be presented with a huge selection of loot behind three shutters, one for shields, one of weapons and one of grenades.

You'll have a limited time to look through and select one item from each wall to claim (if you're not fast enough, one item will be selected from each wall for you) and then one final legendary piece of equipment will spawn in the chest in the middle. That means you'll walk away with four items with one of which is guaranteed to be of legendary rarity.

Both Vault Cards and Diamond Keys will arrive as part of the Director's Cut DLC for Borderlands 3, which is set to land next week on Xbox Series X|S, Xbox One, PlayStation 5, PlayStation 4 and PC on April 8 having previously been postponed due to the Texas storms affecting Gearbox Software.