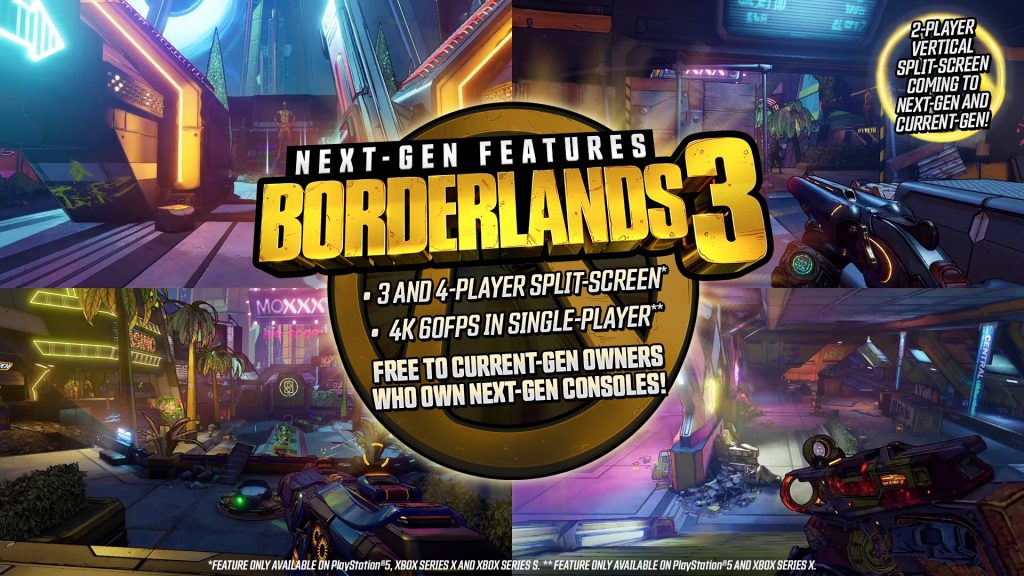 Gearbox has revealed that Borderlands 3 will be heading to Xbox Series S/X and PlayStation 5 with some additional features such as 3 and 4 player local split-screen.

Announcing the news during a Gearbox showcase as part of PAX Online over the weekend, the next-gen version of Borderlands will include the aforementioned split-screen functionality and also run at 4K 60FPS in singleplayer on the PS5 and Xbox Series X consoles. Gearbox will also add 2 player vertical split-screen to next-gen and current-gen systems in a free update.

Furthermore, Gearbox also confirmed that existing owners of Borderlands 3 on Xbox One and PlayStation 4 will be able to upgrade to the next-gen versions on their respective platforms at no extra cost with save files and add-on content also carrying over between generations.

In addition, Gearbox also revealed one of four new skill trees that will be coming to Borderlands 3, one for each of the Vault Hunters — the first being FL4K the Beastmaster getting a new Trapper tree which includes a Gravity Snare action skill as well as a new Hyperion Loaderbot joining his posse of pets. The new trees for the other three Vault Hunters will be revealed in due course.

There’s no launch date yet for the Xbox Series S/X and PlayStation 5 versions of Borderlands 3, but you can watch the Gearbox Digital Showcase in its entirety below. Borderlands 3 is out now for Xbox One, PlayStation 4, Stadia and PC.