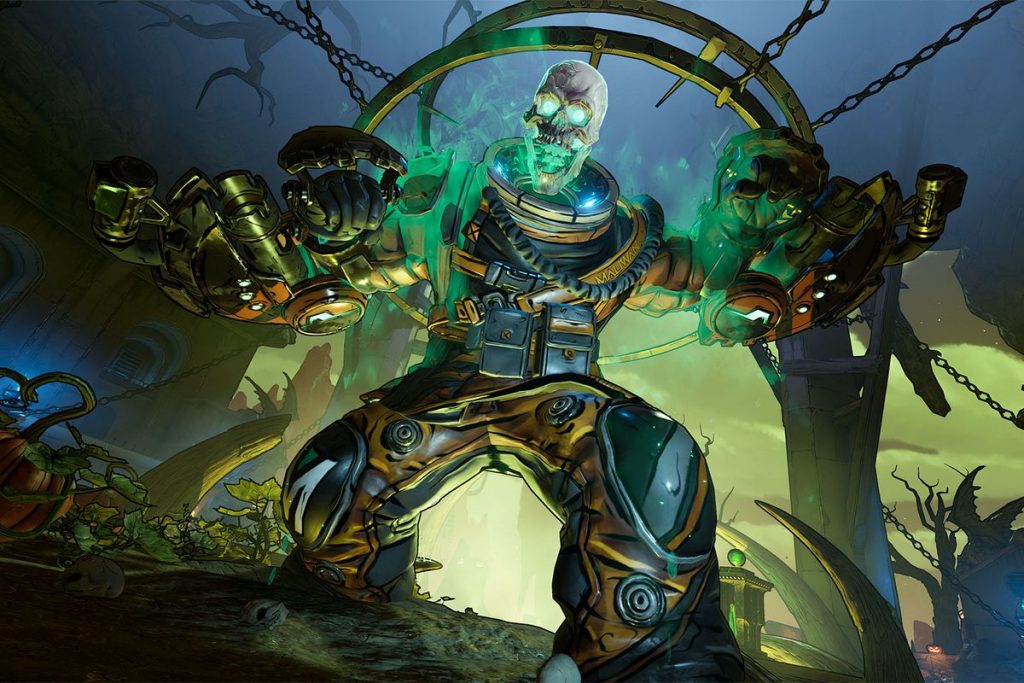 Updated on September 24, 2019 by Imogen Donovan

The Bloody Harvest event is the first themed event coming to Borderlands 3 in October, and with it comes new Legendary weapons, skins, enemies, maps, and a revived boss battle.

Haunted enemies are a new type of boogeyman that will start to appear on the planets of Borderlands 3. Once slain, the fight is only just beginning as the Ghosts expelled from the bodies are as tough as nails. These Ghosts are seriously scary, and will trigger the new Terror debuff that obscures vision and reduces gun handling, accuracy, and spread. But, if these Ghosts are laid to rest one last time, Hecktoplasm will be collected from the ectoplasm and given to Maurice, the resident Saurian on Sanctuary III.

Then, the Bloody Harvest will be unlocked, taking place in a Halloween-themed map and offering up a whole new area to explore with loot to boot. The map boasts hideous Rakk-O'-Lanterns, bloodthirsty Maliwan soldiers, and a Ratch-infested pit with rivers of blood coursing through it. And, the pièce de résistance is a blood-curdling boss battle, who has a bone to pick with the Vault Hunter. In the main campaign of Borderlands 3, Captain Traunt was a dedicated Maliwan heavy soldier, and the behemoth defended his post with killer elemental attacks. He’s back — resurrected as Captain Haunt — and has learned a few new tricks from his time in the underworld.

Players will also be able to earn spine-chilling skins. I mean cosmetics, of course. There’s an ECHO Device Skin, a Weapon Trinket, and new skins for each of the four Vault Hunters. As well as this, there’s a Global Weapon Skin if the player bops to the top as a certified ghost buster. Legendary loot includes a grenade mod, two new guns, and a shield that add Terror-based buffs, and the Bloody Harvest event will be free to all Borderlands 3 players.