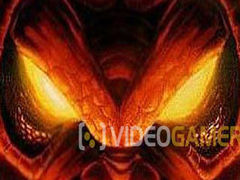 The Korean government has began an investigation into Blizzard relating to allegations that the World of Warcraft and Diablo developer has refused to refund Koreans unhappy that Diablo 3 server issues made it impossible to play the new game.

According to the Fair Trade Commission, Blizzard is suspected of having violated Korea’s law on electronic commerce and commercial contracts. The FTC raided the firm’s Seoul office on Monday, securing related documents and evidence which will determine whether Blizzard has been naughty.

After a huge launch which saw millions of gamers attempting to log in to Diablo 3’s servers many players were left unable to play. This left many buyers of the game angry and they vented their frustration with Blizzard, demanding a refund. Blizzard refused to refund players, citing sales of contract terms, but the FTC says this is disadvantageous to consumers.

“We have received many complaints from Diablo 3 users,” Kim Hyung-bae, a spokesman for the FTC, told The Korea Times.

Other FTC officials have said the investigation is looking into whether Blizzard sold Diablo 3 with an “unfair” contract, making it impossible for consumers to claim a refund. Blizzard is also under investigation to determine if it should be held liable for being ill-prepared for the Daiblo 3’s high launch traffic.

Whilst gamers can be a moaning bunch, buying a game and subsequently being unable to play that game isn’t a situation which should be deemed acceptable.