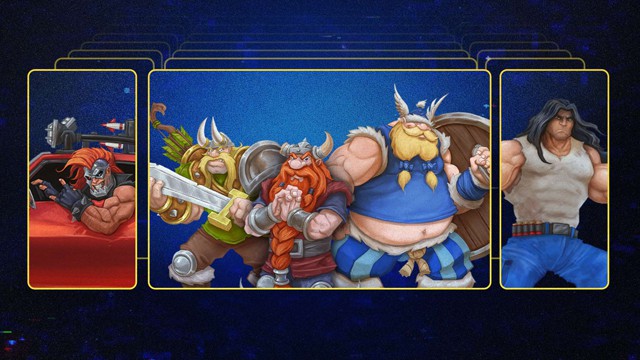 Retro games compendium Blizzard Arcade Collection has recieved an update this week that adds two more games for no extra cost to the three games that were already in the package.

As announced by Blizzard on their blog, the update brings along sequel game Lost Vikings 2 reuniting Erik, Baleog and Olaf for their second adventure, while RPM Racing is a prequel to Rock N Roll Racing offers isometric vehicular fun originally released for the SNES in 1992. On top of this, the update also adds a library of artefacts from the games, including digital manuals, interviews with developers and classic artwork too.

The Blizzard Arcade Collection was originally revealed and released back in February during the studio's annual Blizzcon event, and features three of the Warcraft studio's earliest games including The Lost Vikings, Rock N Roll Racing and Blackthorne complete with a raft of modern-day improvements including widescreen and multiplayer support.

The update brings the collection's total to five games and is available now on Xbox One, PlayStation 4, Nintendo Switch and PC and you can check out the Blizzard Arcade Collection's original launch trailer below.