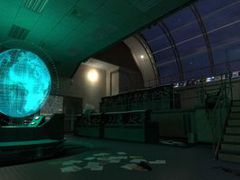 Black Mesa Source will get its first release next Friday, September 14, the game’s developers have announced.

The first release will feature an “8-10 hour experience” and “include [the team’s] re-envisioning of Half-Life all the way up to Lambda Core”.

The original game’s Xen finale will not be included, however. The team says it is “still working hard” on creating both that level and Black Mesa Deathmatch.

The project has been in development for eight years, with the lengthy development time becoming somewhat of a joke amongst the gaming community.

Many joked that the mod would never see a release, and if it did, that Valve would release Half-Life 3 on the same day.

“We’re freaking out over here! It is so exciting to share this news with you!” said the mod’s project leader Carlos Montero on the game’s forum.

“We’re doing our best to help bring the immense vision of this project into reality, and we are very excited for what the future brings!”