BioWare on not making Baldur’s Gate 3: We’ve no regrets 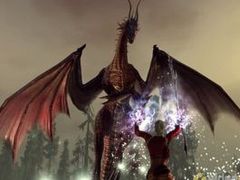 BioWare has “no regrets” over it’s much-loved Baldur’s Gate games, but admits it’s “frustrating” not to be able to continue to develop the characters it created for the RPG series.

Baldur’s Gate, released in 1998 for the PC and published by Interplay, was a high fantasy role-playing game based on the Dungeons & Dragons rule set. Its success spawned a sequel and a spin-off series. The final game, 2001’s expansion pack Throne of Bhaal, closed the story arc.

In August 2008, Interplay and Atari settled a long-standing dispute, giving Atari all of Interplay’s previous D&D game rights, including the Baldur’s Gate license.

Speaking to VideoGamer.com, vice president of entertainment and miscellaneous at BioWare, and vice president of Electronic Arts, Greg Zeschuk, said that the development of the upcoming Dragon Age: Origins, described by the company as “the spiritual successor to Baldur’s Gate” (head over to our game page for more), was in part due to BioWare’s inability to create Baldur’s Gate 3.

“The Baldur’s Gate and Dungeons and Dragons property is of course controlled by Atari, and owned originally by Hasbro, so it’s a complicated, convoluted way of getting there. For us it’s more a function of… because we weren’t in a position to do Baldur’s Gate… hey well let’s create our own! That’s effectively what this [Dragon Age: Origins] is. It’s funny, we took a page from Fallout, not Fallout 3 but Fallout 1. Fallout 1 was basically a game called Wasteland – that was the spiritual successor to Wasteland.”

When asked if BioWare would have liked to have made Baldur’s 3 if it had had the opportunity, Zeschuk replied: “Maybe. The things we miss more than anything else are some of the characters we created. It’s frustrating – like Minsc and some of the other characters we built over the years – not being able to continue to stem that is a bit frustrating. Though, to be fair, we feel like we closed the series.

“There are a lot of video games that – like the original Wasteland – never had a sequel, but there are a lot of games that never actually end. Whatever happens, they’re left hanging and fans are like, ah I wish I’d finished it. But because we were able to finish the sequence of games in Baldur’s Gate: Throne of Bhaal… it’s funny, we were satisfied that we were able to deliver that entire arc. Go ‘there it is and that’s the story of Baldur’s Gate’. We feel like we finished our work at that time.”

So no regrets then?

In December last year then Infogrames president Phil Harrison said that Atari plans to revisit the likes of Baldur’s Gate, Dungeons & Dragons and Neverwinter Nights (originally a BioWare game), but not in the next 12 months. No mention has since been made of those games.

Would you like to see Baldur’s Gate 3? Let us know in the comments section below. 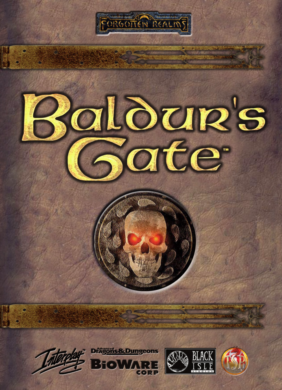