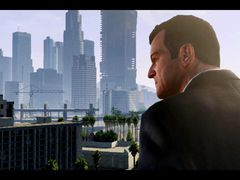 The delay of BioShock: Infinite by four months to February 26 has opened the door for Rockstar Games to release Grand Theft Auto V this October, Wedbush analyst Michael Pachter has said.

In a note published today, Pachter said: “Before the market open on Wednesday, Take-Two announced that BioShock Infinite’s release date had been delayed by roughly four months to February 26, 2013 (Q4:13) from October 16, 2012 (Q3:13).

“In our view, the delay opens the window for Grand Theft Auto V to be released in October 2012 (Q3:13). We believe that October is the preferred release month for GTA V’s developer, Rockstar Games, as the studio has scheduled every prior GTA releases during that month (with GTA IV delayed to April 2008, due to bugs in the PS3 version).

“We speculate that once Rockstar Games notified Take-Two that GTA V would be ready by October, Take-Two gave Irrational Games the option to spend more time fine-tuning BioShock Infinite.”

He adds: “Although we were confident that both games would sell millions of units when it appeared that they would be released in close proximity, we think that the delay will alleviate any wallet-share concerns and ensure that both games receive the undivided attention of Take-Two’s management and marketing teams, and will ensure that retail support is optimised.”

And it won’t be long until Take-Two and Rockstar make it official, with Pachter predicting an update on release timing as early as May 22, when Take-Two provides its Q4 2012 results. Failing that an announcement no later than E3.

In the event that no release date is announced by E3, Pachter believes the game won’t be in stores this calendar year.