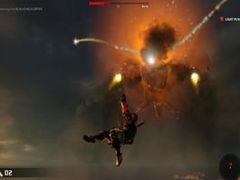 Bionic Commando sells only 27k in the US

According to data provided to Gamasutra by the NPD Group, both Bionic Commando and Terminator Salvation failed to generate significant sales in May.

Both GRIN developed games were released in the US on May 19 for Xbox 360 and PS3, but in the period up to May 30 Terminator Salvation sold 43,000 units and Bionic Commando sold only 27,000 units.

Back in August 2008, Capcom announced that Bionic Commando Rearmed, a XBLA/PSN/PC remake of the original game achieved sales of more than 130,000 in its first week.

Players take control of Nathan Spencer, a government operative who represents the…

Players take control of Nathan Spencer, a government operative who represents the…