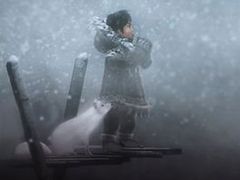 The PlayStation 4 version of beautiful platform-puzzle game Never Alone has been delayed by one week in Europe.

Out now on PC and Xbox One, the PS4 version will now launch on November 26. The game is currently available on PS4 in North America.

“We have a game update that is currently in certification testing with SCEE and we want this update to be live before the game goes on sale,” explains a statement from E-Line Media and Upper One Games.

“The version of Never Alone currently available for PS4 in the Americas has this same update already incorporated (or we would have delayed that launch as well).  Never Alone for Xbox One and PC in all territories already has this game update incorporated.

“E-Line and Upper One Games are committed to delivering the best customer experience possible. While we’re disappointed that the European PS4 launch will be delayed by a week, we are confident that game players will be delighted by Never Alone when it does come out.”

The game stars a young IÃ±upiaq girl called Nuna and her Arctic fox companion, and sees players exploring the fantastical world of IÃ±upiaq stories to help Nuna save her people from an endless blizzard.