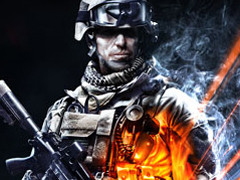 Over 4 million Battlefield 3 players have purchased a subscription to Battlefield 3: Premium, EA has announced.

The figure was announced ahead of EA’s Q1 FY 2014 earnings call later this evening, revealing that over a million players have signed up to the service within the last six months alone – over a year after Battlefield 3 first hit store shelves in October 2011.

Sales were likely spurred by heavy discounting on digital stores. The service was temporarily reduced by 50 per cent on Xbox LIVE in May, and a month later on PSN.

Battlefield 3: Premium offers players full access to Battlefield 3’s five expansion packs at no additional cost, along with a range of bonus extras including exclusive dogtags and weapon skins. It also guarantees access to the Battlefield 4 beta later this year.

The service was first introduced in June last year. A similar service is expected to be available for Battlefield 4, which goes on sale this November.