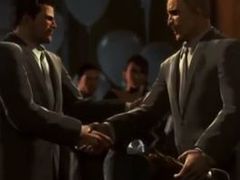 Update: Warner has officially announced the DLC, revealing the following about the add-on.

“The game introduces several hours of all-new content in which players will battle through punishing, icy landscapes to witness Mr. Freeze’s heart-pumping first encounter with the Dark Knight.”

Wii U won’t be receiving the DLC because Warner has determined there isn’t a strong enough demand for the content on the console.