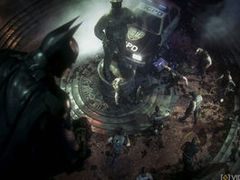 The bonus content included in the PS4 version of Batman: Arkham Knight will remain exclusive to the platform until “at least fall 2015”, according to a new image posted by Amazon.

As pictured above, the exclusive content includes a range of Scarecrow Nightmare Missions, a ‘Classic TV Batmobile Skin’, and two new outfits for Batman, including outfits inspired by Justice League 3000 and the classic TV series.

It isn’t yet clear how much the DLC will cost when it releases on other platforms, or whether it’ll roll out for free. The content is expected to be available from launch on PS4.

Batman: Arkham Knight launches on PS4, Xbox One and PC on June 23.