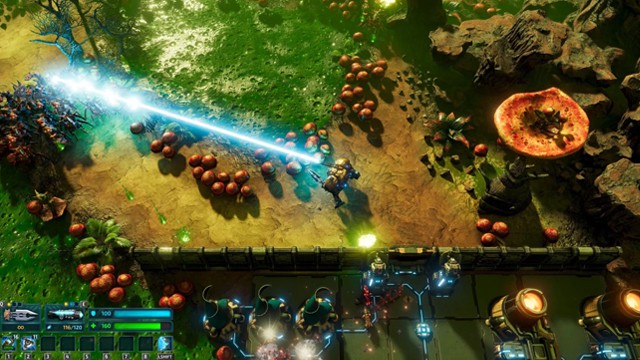 Tagged in: Exor Studios, The Riftbreaker

Developer Exor Studios has announced that it’ll be launching The Riftbreaker straight onto Xbox Game Pass when it releases later this year.

The game puts you in the shoes—or more specifically, mech suit—of one Captain Ashley S Nowak who’s an elite command tasked with exploring and establishing a base on the far planet of Galatea 37 and open a portal to subsequently allow the rest of Earth to follow and colonise the new locale. You’ll be doing this with the aid of your trusty mech suit and gathering resources, building defences and means of production and fighting off thousands of hostile alien creatures.

A free demo is already available on PC that explores the events of the main game entitlted The Riftbreaker: Prologue which you can get from the Windows Store, and you can check out a developer video showing off what you can expect from the full game below. The Riftbreaker doesn’t have a specific release date just yet, but will be available as part of a subscription on Xbox Game Pass and Xbox Game Pass for PC when it launches on Xbox Series X|S, Xbox One and PC this Fall.

The Riftbreaker is a base-building, survival game with Action-RPG elements. You are…

The Riftbreaker is a base-building, survival game with Action-RPG elements. You are…