Avalanche hit by layoffs as studio wraps up Just Cause 3 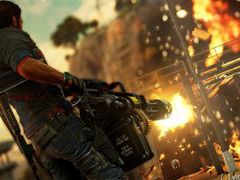 Updated on November 2, 2015 by David Scammell

Around two dozen members of staff have been laid off at Avalanche Studios following the completion of Mad Max and Just Cause 3, the company has confirmed.

The redundancies were reported to have begun earlier this year after the release of Mad Max, Game Informer reports.

“The transition between major projects is always challenging, especially for independent developers,” an Avalanche representative said in a statement provided to the site. “We have just completed one project and are currently wrapping up another. In starting up our new projects, we were not able to perfectly match the team sizes and skill sets of the previous ones, and we unfortunately had to let some talented developers go.”

12 developers have been given notice from the company’s New York studio, the representative confirmed, with a “similar” number of people let go from the firm’s Swedish studio earlier in the year. The New York studio was responsible for next month’s Just Cause 3, with the Swedish office leading development on Mad Max.

Avalanche is currently in the process of “rehiring some of those who left”, though, the statement continues, with further rehiring expected early next year.

“This unfortunate event does not affect any of our current projects,” the company said, “and we’re taking measures to avoid situations like this in the future.”

Just Cause 3 launches on PS4, Xbox One and PC on December 1.