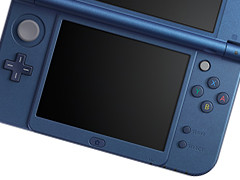 UK and European gamers who want to get their hands on a New Nintendo 3DS this year without the hassles of region locking can import one from Australia, Nintendo UK has confirmed to VideoGamer.

Regarding the New 3DS systems, Nintendo told VideoGamer: “The new products are region locked; the situation will be exactly the same as for the current family of Nintendo 3DS systems.”

Regions are split into the US, Japan, and Europe/Australia, meaning UK and European gamers can import a new 3DS from Australia when they launch on November 21 and have full compatibility with UK game releases.

The New Nintendo 3DS will retail for $219.95 AUD (£118), with the 3DS XL coming in at $249.95 (£135). Both systems feature an upgraded processor, second analogue stick and additional buttons, with built-in support for Nintendo’s upcoming Amiibo characters.

The New Nintendo 3DS systems will launch in the UK sometime in 2015.