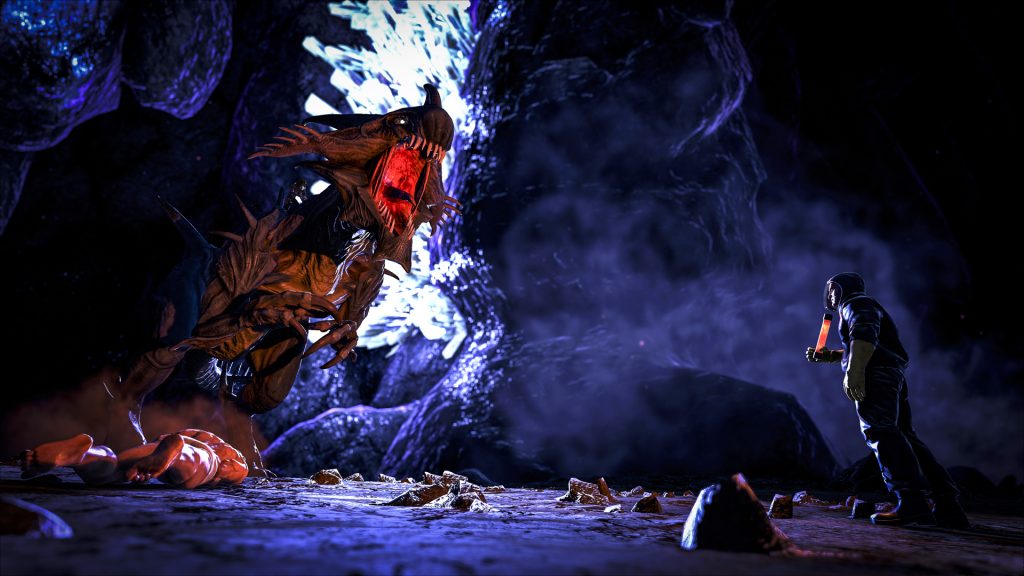 Studio Wildcard has announced that Ark: Survival Evolved will be getting its second expansion pack in October. The game was finally released in its 1.0 form just over a week ago and it’s clear that more content is required for players to work through. The Aberration expansion is available to season pass holders, and also as a standalone purchase for those who’ve just spent the best part of £60 on the game in the past week or two.

Following on from the desert-themed Scorched Earth map, Aberration is a derelict and malfunctioning underground Ark with its own biome system. Cue radioactive sunlight, even more strange beasts and creatures, and the introduction of the Nameless, a light-hating monstrosity that’s out for your blood. The new area has a distinct air of Avatar to its world-design, and the Aberration expansion will also add over 50 craftable Engram items, such as hazmat suits, explosive ammunition, glow sticks, and rail guns.

Aberration the expansion for Ark: Survival Evolved is currently slated for an October release on PS4, Xbox One and PC.