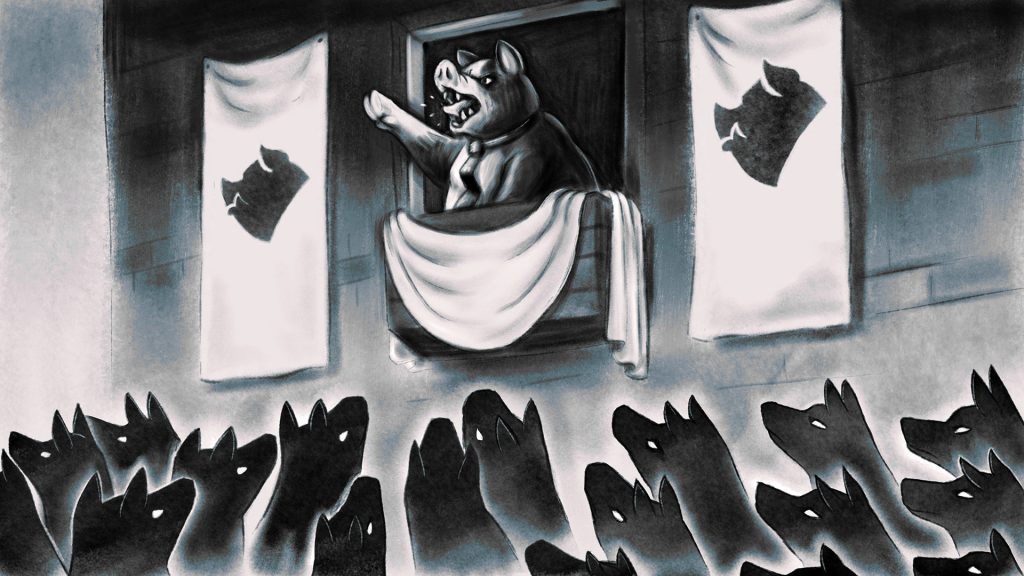 Animal Farm, the political novel by George Orwell, is going to be a game

Nerial has announced Orwell’s Animal Farm, a new narrative adventure game based on the allegorical novella by George Orwell.

Their aim is to create a wonderful utopia on this farm, where all animals are free and happy. I won’t spoil the plot, but Orwell wrote Animal Farm as a reflection on the Russian Revolution, and the transformation of the country into the Soviet Union through Stalinism. So. Yeah.

Nerial is most famous for Reigns, a strategy game that looks a bit like Tinder but for medieval monarchs. I imagine that Orwell’s Animal Farm will possess its own similar style and gravitas, while satirising the mechanics of a narrative adventure. Moreover, the developer cites Papers Please, Populous, Beneath a Steel Sky, and A Dark Room for influences on the game.

Also, I’m pretty amped that the book has become a game. This War of Mine was recently added to academic reading lists in Poland, and it would be brilliant to see this referenced or even assigned in secondary school syllabi. And, Abubakar Salim narrates the adaptation, and you might recognise his voice because he also played Bayek in Assassin’s Creed Origins. You love to see (hear?) it.

Orwell’s Animal Farm is coming to PC and mobile later this year.