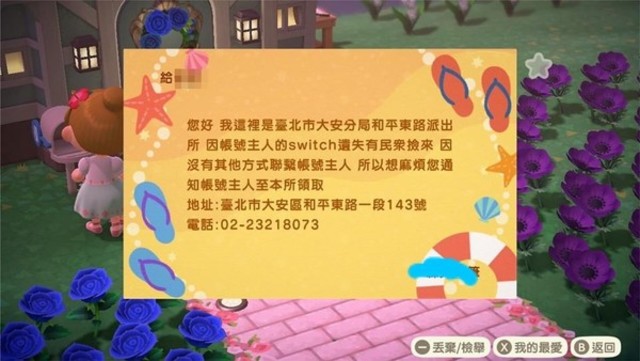 An Animal Crossing player was reunited with their lost Switch after the local police department sent an in-game letter to one of their friends.

In-game letters are how players communicate with other players, and the letter will appear in their letter box in their copy of the game as soon as the player logs in. The letter from the police officer read: “Hello. This is the police station at East Helping Rd, Daan branch, Taipei City. The Switch has been parted from its owner and was turned in. We do not have other means to contact the owner, so please help us and reach out on our behalf so they can recover it.”

Animal Crossing: New Horizons is out now for the Nintendo Switch.