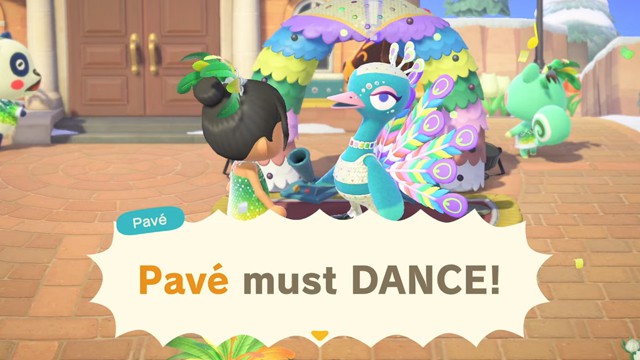 The free update will bring along the peacock known as Pavé to your island on February 15, who'll be hosting a delightful dance party for you and your islanders, as well as tasking you with catching colourful feathers around your island.

Though the update may seem slight, the video does hold a neat little treat at the end as a promise of the next free update in March includes a familiar looking Mushroom and Super Star icon from the Mario series. Given that month also happens to fall in line with the cumulation of Nintendo's ongoing 35th Anniversary of the release of Super Mario Bros celebrations, it's probably safe to assume we can expect a tie-in with the world famous plumber and his friends.

As to what exactly we can expect to see in that update, we'll have to wait a little longer to find out. In the meantime, the Festivale update lands in Animal Crossing: New Horizons exclusively for the Nintendo Switch this Thursday, January 28.