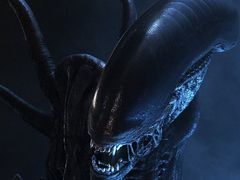 Aliens was an early idea for Modern Warfare 2

According to Modern Warfare 2 script writer Jesse Stern, had the team at Infinity Ward made different decisions early on in the production process, players could have ended up shooting aliens or even zombies in the record-breaking sequel.

“Infinity Ward’s Jason West, Steve Macuda, Todd Alderman, Mackey McCandlish and me would talk about the kinds of stories we could tell, and we didn’t want to just make a straight sequel to Modern Warfare,” Stern explained to GamePro.com. “We started kicking around anything and everything to weed out the bad ideas.

“In the beginning we talked about having things in Modern Warfare 2 like outbreaks, viruses, chemical warfare, and even outlandish things such as aliens and the living dead.”

In the end Stern and the rest of the team at Infinity Ward went with a more grounded version of the real world.

We’ve obviously already seen zombies make an appearance in the popular World at War multiplayer mode, but could you ever see the living dead in a Call of Duty campaign? How about aliens? Let us know what you think in the comments section below.