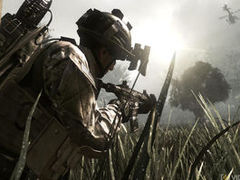 Activision has confirmed that new Call of Duty and Skylanders titles will release in 2014.

CEO Bobby Kotick announced the unnamed titles during the publisher’s Q3 2013 earnings call last night, stating: “Despite short-term uncertainties, as we look forward to 2014, we have a very strong product pipeline. We expect multiple new releases across our major franchises, including the first Diablo III expansion, Reaper of Souls, along with the PS4 version of Diablo III and significant and exciting new content for World of Warcraft.

“We also expect to launch new Call of Duty and Skylanders titles and a major new potential franchise with Bungie’s Destiny.”

While it’s still unknown what next year’s Call of Duty title could be, Sledgehammer is rumoured to be working on Call of Duty: Modern Warfare 4.

Call of Duty: Ghosts launched this Tuesday following the launch of the Skylanders: Swap Force last month. Both titles are also due to release on next-gen consoles.