A Star Wars: Battlefront 2 Celebration Edition leaks, out of the blue 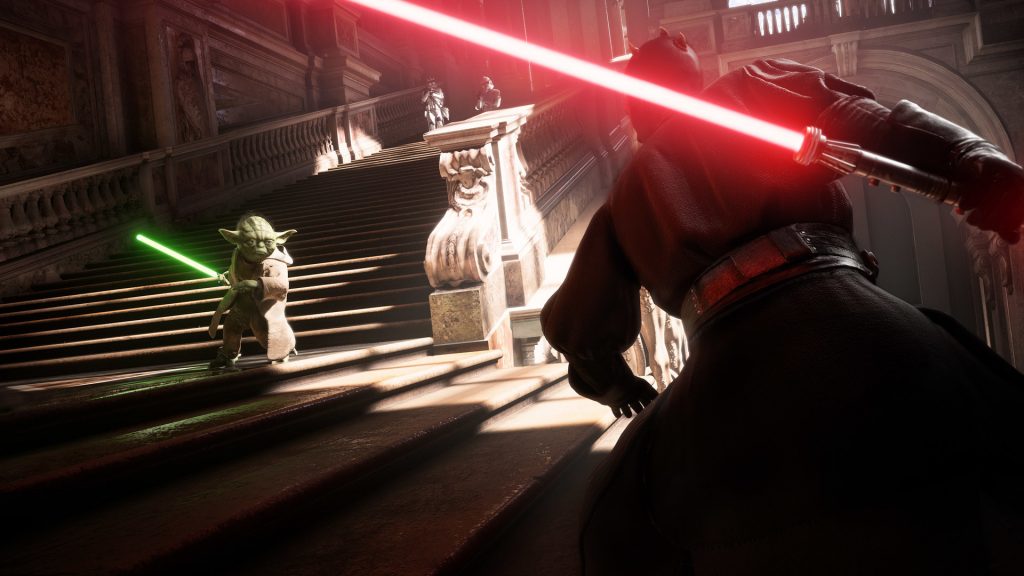 Updated on December 3, 2019 by Imogen Donovan

It's happening. There will be a Star Wars: Battlefront 2 Celebration Edition on sale on December 5, with all the bells and whistles described below. Thanks, Eurogamer.

A Star Wars: Battlefront 2 Celebration Edition has popped up on True Achievements, claiming to release this week (via PCGamesN).

Weird. The listing says it’s the “ultimate Star Wars battle fantasy” with “the complete collection of customization content acquirable through in-game purchase [sic] from launch.” Not only this, but it will get “all past and future free game updates as they release” and a collection of The Rise of Skywalker inspired items when the movie premieres this month.

It sounds too good to be true, but that cover Celebration image looks too good to be not true, to me. Anyway, it also mentions that there’s over 125 “Trooper and Reinforcement” appearances in this game, plus over 100 Hero and Trooper emotes and voice lines, and over 70 victory poses. Six “Legendary” characters, including Rey, Finn, and Sith Kylo Ren in their The Rise of Skywalker togs, will be included. Finally, the listing claims that this product will hit the shelves on December 5.

EA and DICE have been reticent about the possibility of a third Star Wars Battlefront game. “It’s not the same hunger as it used to be,” said design director Dennis Brännvall. We’ll keep you in the loop whether this Celebration Edition comes to fruition, but soon you’ll be able to play as Baby Yoda in Battlefront 2 by using an upcoming mod.