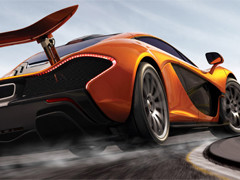 50% of all Xbox One users have played Forza Motorsport 5

Half of all Xbox One users have played Forza Motorsport 5, creative director Dan Greenawalt has revealed, a stat he calls “ridiculous”.

“I was humbled and flabbergasted when I learned that one out of every two Xbox One player profiles had played the full version of Forza Motorsport 5,” Greenawalt told IGN. “That is ridiculous, for any game. Certainly racing games have not usually seen that amount of adoption.”

While sales numbers for Forza Motorsport 5 have yet to be revealed, a digital copy of the game was bundled for free with some European Day One Edition Xbox One consoles. The latest sales numbers for Xbox One hardware put the console at over 5 million units sold in.