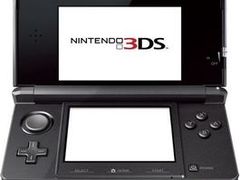 The 3DS – what many commentators believe stole the show at E310 last week – will be out by March 2011, Nintendo has promised.

He also revealed that the 3DS design is yet to be finalised, and that Nintendo will take on board feedback gathered during the show and beyond.

“Typically, at an E3, our engineers are looking for feedback. You know, we have an army of Nintendo representatives out on our show floor talking to attendees, getting reactions to everything in the device: the depth slider, the buttons, the sliding pad that is, essentially, an analogue-type stick. These are things that we’re looking to get reaction to, including the overall button placement. When we get all that feedback, then we’ll finalize the design.”

The 3DS wowed many attendees at E3 for its high-tech 3D visuals. The handheld projects 3D images without the player needing to wear glasses.

It also includes a 3D camera, facial recognition and a motion sensor.

While many were impressed by Nintendo’s showing at E3, the Japanese company’s failure to announce pricing and release date information came as a surprise.

“Well, the reason we haven’t announced a launch date or pricing is that, first, we wanted to get reaction here,” Fils-Aime explained.

Nintendo announced loads of 3DS games at E310, including Kid Icarus: Uprising, a brand new Professor Layton game, and a remake of classic action adventure The Legend of Zelda: Ocarina of Time.

Check out our hands-on impressions of the 3DS right here.