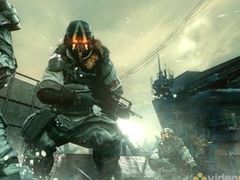 Speaking to VideoGamer.com at E3 earlier this week, Guerrilla Games managing director Hermen Hulst has revealed that although the in development Killzone 3 will feature 3D visuals, the extra dimension has not compromised the fidelity of the sequel’s graphics.

Asked if 3D technology compromises processing power in any way, Hulst replied: “It’s a different way of rendering. But I don’t think it does. Not when we’re done and dusted. You can have all the fidelity, all the performance that you require, but it’s obviously a different way of going about things, it’s not apples for apples necessarily.”

Speaking of the footage shown during Sony’s E3 media briefing, he added: “This is months out from alpha, and already it’s running very smoothly, running at an impressive fidelity – you’re not going to have any issues in that respect.”

Killzone 3 is scheduled for release in February 2011 only for PS3.

Killzone returns in a third-dimension.

Killzone returns in a third-dimension.