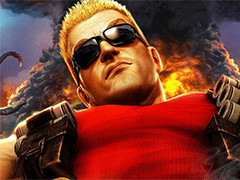 The acquisition comes amidst a legal battle involving both Interceptor and 3D Realms who are accused of using the Duke Nukem license unlawfully by IP owner Gearbox in upcoming PS4/PC title Duke Nukem: Mass Destruction.

Gearbox acquired the IP during Duke Nukem Forever’s development in 2010 and, judging by the legal proceedings, is not believed to have given Interceptor or 3D Realms permission to develop and publish a game using the Duke Nukem license.

A statement on the acquisition is expected to be released later today.