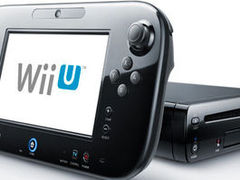 The Wii U has sold 3.06 million units as of December 31, 2012, Nintendo has announced as part of its third-quarter financial results.

Nintendo has also cut its Wii U hardware sales forecast for the year ending March 31, 2013 from 5.5 million to only 4 million units.

Regarding Wii U software, Nintendo’s New Super Mario Bros. U and Nintendo Land sold 2.01 million and 2.33 million units, respectively. Worldwide sales of Wii U software is 11.69 million units, giving a software attach rate of around 4 games per Wii U console sold. These figures include packaged and downloadable versions.