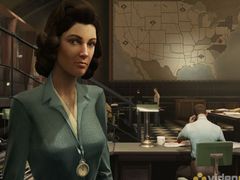 The future of 2K Games’ XCOM-based tactical shooter is once again up in the air following the closure of both its official website and YouTube videos.

Attempts to access xcom.com return a 404 error, while two previously publicly listed videos for the game on YouTube have been switched to private.

The 2K Marin developed game was announced way back in 2010 as a 1960s FPS, but has been delayed several times since. The game – currently believed to be a tactical third-person shooter – is set for release anytime from now until the end of March 2014.

Kotaku recently noted that the game may be undergoing significant re-branding, with domain registrations pointing to a new title of “The Bureau”.

2K told Polygon that it “has no comment about the sites being down today.”