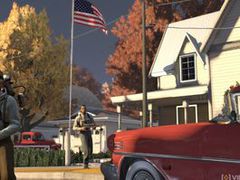 2K Marin’s squad-based tactical shooter set within the world of XCOM will be re-revealed in a matter of days, 2K has announced.

In a 2K blog post titled “2K Marin’s [redacted] is coming soon”, the publisher wrote: “In the coming days the world will get a fresh look at the long-awaited squad-based tactical shooter in development at 2K Marin.

“Announced back in 2010, the game has undergone an evolution since we last showed it to you at E3 2011. Firaxis’ critically acclaimed turn-based strategy title, XCOM: Enemy Unknown, has reignited the classic franchise and we feel that the time is right to deliver a new experience within the world of XCOM.”

The post adds that the game has “evolved into a high-stakes narrative experience imbued with core XCOM concepts.”

It’s rumoured the game will be re-titled The Bureau.

Earlier this month VideoGamer.com received a package teasing the reveal. Matt dissected the contents over on YouTube.