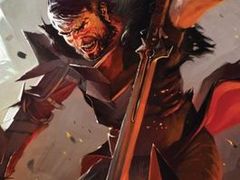 10 million is the sales target BioWare is aiming to achieve with its future releases, studio co-founder Dr. Greg Zeschuk has told VideoGamer.com.

At the Develop conference in Brighton earlier this month Zeschuk spoke about BioWare’s fortune to have had a few “minor” hits. But if the likes of Mass Effect and Dragon Age are considered minor, what’s needed to be classed as a major one?

“Well, we need to sell 10 million units,” said Zeschuk. “That’s actually the new target, right? We do Top 10 games, our stuff is quite successful. I know Mass [Effect 2] is number eight so far this year, in North America.

“Sometimes I’m facetious when I say some of those things, knowing that we can sell a few million but seeing that someone else can sell 25 [million]. You’re kinda like, ‘Well, that’s a hit!’ We always joke that if we only do half as well as Blizzard on Star Wars: The Old Republic, we’ll be quite satisfied.

“We’ve been very fortunate. I always joke about that, but…”

Zeschuk added that he’s under no illusion that BioWare is in a position few other studios find themselves in.

“I think we know how lucky we are,” he explained. “When we’re saying that, we always know that we’re super-fortunate that we have a nice combination of things going on – really great support from EA, a budget to make great big giant games. We recognise that in a sense it’s a privileged position we’re in.”

BioWare is currently working on continued DLC for Mass Effect 2. The studio has also announced Dragon Age 2 and Star Wars: The Old Republic for release in March 2011 and spring 2011, respectively.