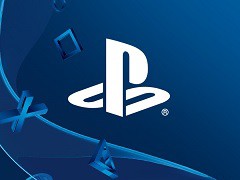 PS4 Neo: Everything We Know About the New Sony Console

There have been rumours of an updated PlayStation for a very long time now, and the only reason it’s confirmed as existing is because everyone thought it would be at E3 and good ol’ Andrew House didn’t want the punters disappointed when it wasn’t. The PlayStation 4 Neo, also known as PS4.5 and PS4k, has almost no confirmed info so far, because Sony is keeping very tight lipped. But there are some huge leaks, rumours, and one or two actual verified facts that paint a picture, or at least watercolour sketch, of what to expect from the PlayStation Neo.

When is the PlayStation Neo out?

The most pressing question is also the one with the least concrete answer. There are, however, enough rumours and circumstantial evidences floating around to suggest a release date as soon as this Christmas season.

The most compelling is the massive leak Giant Bomb got hold of all the way back in April. They received documents suggesting that from October this year all games made for the PS4 will also need to run at a higher spec mode for the PlayStation Neo, and there aren’t many reasons they’d need to do that unless the Neo was actually there for them to run on. There are multiple rumours from various ‘sources’ flying around that Neo is planned to have a 2016 release.

Now, while Sony hasn’t confirmed any dates, there are some events that definitely are happening in the latter half of the year, and seem more significant in light of the rumours. Firstly, Sony hasn’t confirmed when it’s doing its European Press conference, but all the likely candidates are in or around October. Sony has a (small) presence at Gamescom in August, Tokyo Game Show is running from September 15 – 18, and Paris Games Week (which Sony held the 2015 conference at) is October 27 – 31. Secondly, PlayStation VR launches on October 13. Be honest: would you be massively surprised if Sony used one event to show off PS VR as well as how powerful the new console is?

Add to that Andrew House coyly discussing “how Apple has very cleverly and elegantly managed the ‘available now’ approach” with its announcements and an end of year launch for the Neo doesn’t sound outlandish. Because the PlayStation Neo will give extra “graphic fidelity” and make games “play an awful lot prettier” it would make sense to launch PSVR with the Neo, since many VR users will want the best possible experience they can, and one source is saying PSVR is almost the entire reason the Neo exists.

How much will the PlayStation Neo cost?

That, again, we do not know, but at least in this case we have some more defined parameters from Andrew House speaking to the Financial Times, i.e. it’ll be more expensive than the standard PS4, currently $350. At launch the PS4 was $399 (£349), for some context, but we wouldn’t be that surprised if it’s higher than that – it looks likely Sony is launching its new console before Xbox this time, so won’t get the benefit of seeing a competitor screw up first.

Given that the PSVR has the $399 price tag at its own upcoming launch, if Sony does end up bringing the Neo out around the same time that’s a hefty outlay for buyers if they want to get both but, similar to the Xbox approach, Andrew House seems to be cautiously pushing the Neo as a high end alternative version of the PS4. It’s also possible that, if PSVR really is the primary reason for the Neo, Sony will offer some kind of bundle to tempt consumers in.

How powerful is the PlayStation Neo?

No one knows for sure, because Sony hasn’t dropped a teaser trailer splashing around how many teraflops the Neo has. Digital Foundry did a breakdown, early on, which argued that the new tech available would make the Neo more powerful, but not enough to support native 4k gaming 4k-is-real-but-why-is-sony-making-it” target=”_blank”>”at the same quality level as current 1080p titles”, i.e. it would look good but run bad. Newer leaks of the supposed specs, however, are more powerful and would support native 4k a bit more successfully. Some calculations tentatively calculating the Neo as having just over four teraflops of power, which is way more than the PS4 but less than the six that Xbox’s Project Scorpio is touting.

Should I keep my PS4?

Like with Xbox’s Project Scorpio, the current info (i.e. the massive leaks) are saying that there won’t be any Neo exclusives, and games that come out will have to run on both Sony consoles. House and other execs have been talking (when they do talk) about how the Neo is in addition to, not a replacement for, the other consoles and that the lifecycle of the PS4 will not be shortened as a result of this, which is uncannily similar to the approach Xbox are taking in talking about Project Scorpio.

Sony has reportedly looked into ‘forwards compatibility’ with the option of patching older games to run on the Neo if you decide to upgrade. If you grab the Neo without owning a 4k TV then based on the theoretical specs out there you’ll still see improvements in stuff like the frame rate. But basically, you should probably wait until the Neo is actually formally announced before you do anything rash.