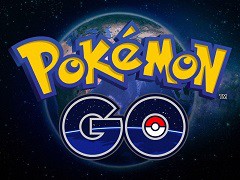 Pokemon Go Guide: 5 Things to Do While Waiting for it to Come Out and How to Survive When It Does

Technically you can get Pokemon Go if you’re in the UK, but it involves fooling your device into thinking you’re in another territory and it sounds like a lot of effort. If you’re patiently waiting for it to appear in the store, here are some useful and diverting things you could do instead!

There are so many different versions of the actual full Pokemon game now that you might actually get caught up and forget about Go all together (you probably won’t, because there’ll be about a week solid of people posting screenshots of them seeing a pokemon while they’re on the toilet). Even though they don’t have an AR component the original pokemon games are popular for a reason. You can even go right back to the start and play the originals now, ‘cos they were put up on the Nintendo 3DS virtual store to celebrate the anniversary of them first coming out. It must be said, though, that in the newer ones you can buy different clothes and haircuts for your trainer, and you can’t do that in the old ones. So… the choice seems pretty clear.

Argue about which generation is the best

You know how everyone thinks the Saturday morning cartoons that were on when they were a kid were the best ones? Everyone thinks that about the generation of pokemon that came out when they were a kid. You see people who grew up with the first generation (a “genwunner”) claiming that pokemon these days are dumb, and in the 90s they used to be cool and imaginative and make sense. “You seen some of the new pokemon?” they say. “In the sixth gen they had one that was just a bunch of keys, and one of the leaked pokemon Sun and Moon is a little caterpillar that looks like a bus!”

I’ll let you in on a secret: pokemon has always been stupid. The first generation is the source of a pokemon that is a bunch of sentient cracked eggs hanging out together. The flagship creature is a bright yellow electrified mouse with a lightning bolt for a tail. The current gen apple of design hasn’t fallen far from the tree of ridiculousness, basically. But don’t let that stop you! Pick a side and berate a stranger on the internet about how Fennekin is a piece of garbage compared to Charmander, or whatever.

Build barricades around your home

A lot of people are going to fiercely love Pokemon Go for a hot minute or two, and then get tired of it – which is fine, and the natural order of things like this. Remember Miitomo? – but others won’t. Some people are going to get well into it, in the same way that every movie has been someone’s favourite movie, even Adam Sandler’s Netflix originals. And eventually, once everyone else has dwindled away, we’ll be left with the people who will absolutely not shy away from clambering around personal property because a rare pokemon has spawned there. Prepare defenses, lest a bunch of nerds in their mid 20s crash through your annex in a contest for the Mew that just appeared there.

Install tracking devices on your children, or adults of a similar aimlessness

Any loved ones you have that are furnished with the game are in danger of wandering off. They just are; the game involves exploring and finding pokemon to catch that are nearby, so the easily distracted will be drawn from the real life task at hand as soon as those notifications start coming in. They’ll also probably be staring at their phone as they do, liable to walk blindly into traffic, live electric fences, or across train tracks if nobody is keeping an eye on them. Why not invest by installing a terrifying app on their phone, so you can track their movements? Sure, it’s an awful invasion of privacy, but you want to know if they’re going to be late for lunch ‘cos they’re chasing an Eevee.

Everyone is going to be posting screencaps of the most hilarious places they’ve found pokemon – it’s already started, really – so you need to be able to hit the ground running. Don’t be afraid to to carry around props wherever you go to facilitate your shots. What’s more hilarious and original than a picture of a magikarp on a plate? Charming stuff!