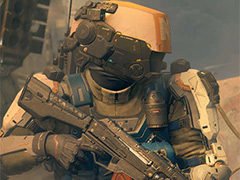 by VideoGamer.com Staff on Nov 9, 2015
No Comments

Call of Duty: Black Ops 3 is out, so here are 10 ways to get better at multiplayer.

While many of you will be enjoying its campaign and zombies modes, the majority will be jumping head-first into multiplayer, and a large number of those players will be screaming obscenities at the screen while attempting to not slam their controller in disappointed rage. VideoGamer has put together 10 tips to improve your kill/death ratio.

Wall-running is a fun move to pull off in Black Ops 3 multiplayer, but it’s a pretty advanced technique if you want to make the most of it to get around the map and use it to your advantage. Running around most of the walls in the game’s maps leaves you exposed to enemy fire, and it can be really tricky aiming at opponents, especially those in the distance, while maintaining momentum.

Avoid wall-running unless necessary until you feel comfortable running-and-gunning.

Grenades take a long time to detonate. Throwing them without cooking first can mean a solid three seconds before the explosion, meaning the enemies you were aiming for are highly unlikely to still be in that spot. When possible, cook the grenades before throwing. You’ll notice your aiming reticule pulse while you hold the grenade button, let this happen two or three times before throwing, depending on distance.

Non-lethal grenades detonate much sooner, which is why they’re more effective at throwing into a room before clearing.

Playing on PS4? Switch the triggers

If you’re playing Black Ops on PS4, try switching aim and fire to L1 and R1, with grenades moving to the triggers. You should see your reaction times improve, as the triggers on the PS4 pad are quite large and can be pretty stiff, it’s much quicker to just press the L1/R1 buttons to get your gun up and firing.

Switch to Tactical button configuration, too

The default button layout has melee on R3 and crouch on Circle/B. Swap this to tactical which reverses the two. If you run into an enemy, it’s rare that you’ll be close enough to melee them, so drop-shotting is far more effective, where players lower themselves into a prone position to throw off the enemy’s aim. Having crouch on R3 means you can keep aiming your shots while negatively affecting theirs.

Make sure you know where you’re sliding

Power sliding is incredibly useful for catching up to fleeing enemies, and is a great way to surprise unsuspecting foes, but you need to be sure you know what you’re doing.

Don’t slide into a room without having an idea of where the enemies are. You could slide through a door only for a guy in the corner behind you to enjoy a nice, easy kill. Sliding is best used moving into cover, with a line-of-sight towards alleyways or where you know a target has just run. It takes practice, but power-sliding is an excellent new feature that should be used frequently.

Vaulting over obstacles takes time and leaves you exposed to enemy fire without the opportunity to send some bullets of your own back in their face. When possible, use your thrusters to jump over small obstacles. This way you can keep your gun ready in case there’s a nasty surprise waiting for you on the other side.

Use Battery to start off with

Battery is a great starting Specialist if you’re new to the game, especially her Kinetic Armour perk. Kinetic Armour allows you to deflect bullets taken to the body. Beginners will notice this will save at least two or three deaths per game, as well as earning you a few extra kills too thanks to being able to take more damage than your enemy. This is a massive help in improving your K/D ratio.

If you spot an enemy in the distance running into a building or around a corner who hasn’t spotted you, don’t bother chasing them. Chances are while you’ve got tunnel vision following them around, some other chuffster will end up picking you off. There’s at least half a dozen enemies running around at any one time, don’t get too distracted chasing one of them and putting yourself at risk.

Keep moving, but don’t be reckless

Momentum is the main factor this year with Call of Duty, with every improvement focused on keeping the players active. However, while rushing around the battlefield, make sure you’re looking around the whole of your screen looking for the opposition. It’s easy to just pay attention to what’s immediately in front of you, but that’s how you get killed by people lurking in the shadows. Take the time to look around and check for any easy kills.

Have at least one class dedicated to stealth

Make sure at least one of your class slots is dedicated to stealth. This means having a suppressed weapon, with all perks which make you invisible to UAV and making sure your Thruster goes undetected. This way you can practice moving around the map knowing your actions won’t make you an easy spot on the enemy radar. This is especially useful if you’re lone-wolfing multiplayer.