What the new Assassin’s Creed game has to do 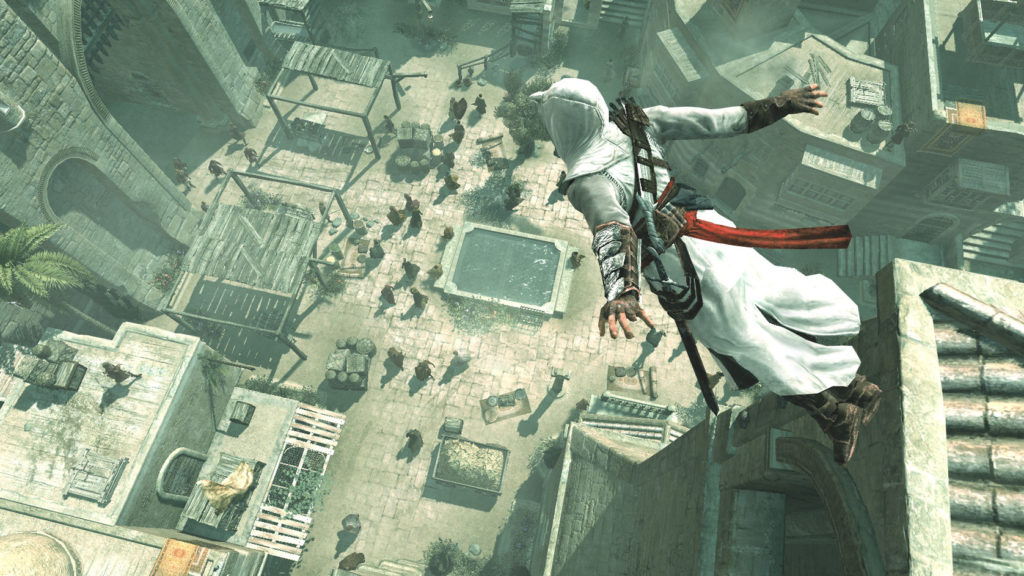 Contents hide
Keep the towers
Please don’t try adding multiplayer again
Please don’t take away the different outfits
Also, don’t make the open world too big
Streamline some of the mechanics
Get Jesper Kyd back on the soundtrack
Don’t awkwardly force the historical bits
Make sure the setting is cool

The next Assassin’s Creed is going to be announced at E3 this year. It has to be. Ubi announced the franchise was on a rest year and there wouldn’t be a new AC game in 2016. Which is fair enough: one a year, every year is enough to give anyone franchise fatigue, and an extra year on the dev cycle should help iron out hilariously gif-able glitches. But 2016 is over. It is now 2017. Like Ross and Rachel, Ubi and AC might have been on a break, but must eventually reconcile. The field, allowed to lie fallow, must be tilled.

I am an inveterate fan of Assassin’s Creed games, though in recent years have likened this to being in a souring relationship where you need the other person to end it. You know it’s not the same, but you still care and you’re not strong enough to leave. So the year long break has been very good for me. But if AC wants me to take it back, I have a list of demands.

Fuck the haters. I’ve talked before about how towers are unfairly maligned. As a mechanic I really like them. There is nothing inherently bad about towers. In fact I’ll go one further: I enjoy map towers, I think they’re good. I love how the camera pans around at the top and shows off the landscape. Screw you, it looks cool.

Towers are a good way to to gradually open up your game, encourage the player to explore, and soft-gate harder areas. People dislike the towers in Assassin’s Creed because of the number of side quests that mushroom up on the map once you’ve done one, not because of the tower itself. I understand this. The clusters of diamond markers, many of which are not clear enough to denote what they’re actually marking, are sometimes so dense you have to complete some tasks just so you can see the map at all. But your annoyance is misdirected. The towers are cool. Let me commune with the fake eagles. Screeeeeeeeeee!

So many games these days feel like they’re trying to crowbar multiplayer into a single player game, or vice versa. An assassin may be in service to a group, but when he daringly takes down a target, he works alone, godammit. That’s the whole point of being a cool murder-ghost who blends into the crowd. I understand how they were tying into the themes of the French Revolution, but I think we all know the multiplayer missions in AC: Unity were a mistake. I just don’t want to see that mistake repeated.

Having mentioned blending into the crowd, let me also contradict that by saying: please continue to include the ability to dress Assassins in the most flamboyant way possible. One of my most cherished, most favourite things about Unity was that I could clothe Arno in head-to-toe bright yellow and proceed to murder several people, and the Parisian public would still wonder aloud who could have committed the crimes — while I was standing three feet away dressed like a small sun.

These days every time I hear ‘Our biggest map ever!’ I unconsciously wince (it is possible that during E3, bystanders will think I am in constant, agonising pain). I really like open worlds, because I enjoy both feeling like environments are a bit real, and the relative freedom to gallop around nice landscapes on a horse. But if an open world three years ago was like a nice slice of cake, prompting me to say ‘Yes, that cake was nice, I would like more of that please,’ then open worlds now make me feel like the kid in Matilda being force-fed an entire, giant, chocolate gateau. I will never be able to finish it all, and yet still there is more.

On top of that, the size of a game’s map seems to track evenly against the developers getting anxiety that they’ve not put enough stuff in it. Every 100 yards I bump into someone asking me to deliver a letter for them, or figure out who killed their husband. Given how I play Assassin’s Creed games, the law of averages dictates it was probably me what done it.

This is a shame because I think AC games have very well-built environments. In the smaller, denser cities, for example, you can start to find your way around as you do in an actual city: I know if I dodge left past this pub, I’ll end up back at that church, and then it’s only a few jinks up and over a wall, and I can reach the hideout. I will enjoy this process more without someone waving at me from a corner going ‘Hey! You there!’, who turns out to be Darwin asking me to kick the shit out of some scientist he disagreed with (this may be a bad example because I actually found this side quest hilarious and great).

Streamline some of the mechanics

Evolution and innovation don’t have to mean ‘adding more stuff’. Ezio was a lot less fun when, alongside his hidden blade and general panache, he also had a gun and some actual frag grenades. Even Evie and Jacob, the twins with respective tactics of hitting people with a cool cane and just hitting people, had a briefcase-worth of consumables to choose from. I know it’s all about choices, but I am an idiot, and should not be presented with too many. Force me to do more with less. I’ll thank you for it.

Get Jesper Kyd back on the soundtrack

I don’t care what it takes. I don’t care how much money it costs, whose firstborn child must be sacrificed by whom (or to what entity), or how heaps of illegal substances must be recreationally consumed in board rooms. I just want Jesper Kyd doing the music again. Kyd stopped working on Assassin’s Creed after Ezio’s trilogy was finished with Revelations, in 2011, but his haunting score of orchestras mixed with haunting vocals is woven through the first four games. Quite apart from his name sounding like he could be an actual character in the AC games, his music for them is amazing.

Look, I don’t want to shit on the other composers here. Everyone was on board with the piratey violins in Black Flag, and who didn’t like walking past a pub in Unity and hearing oppressed Parisians singing historical revolutionary songs about hanging aristocrats from lamp posts? (Goddamn royalists, that’s who). But none of those lodged themselves in the subconscious of the Assassin’s Creed fan like the Ezio’s Family theme from AC II. You know the one. The ‘My brothers and father were murdered in front of me and now I’m sad’ song. It’s playing in your head now, isn’t it? Exactly.

Assassin’s Creed is tied up in actual history, so that you very often brush up against actual people who actually existed in the actual past. How this is carried off varies between games. In some, like the Ezio trilogy and Black Flag, it is, for the most part, woven in quite successfully. The main character participates in history tangentially, or else in an essential but still low key way. They’re technically part of the action but not up to the neck in it, like the lazy kid during PE lessons who shouts a lot but doesn’t actually kick the ball. It makes sense that we’ve never heard of, for example, the Welsh pirate who palled around with Blackbeard in the context that Black Flag gives.

At other times, history arrives like a cool teacher turning up dressed as Paul Revere and trying to get the kids engaged in their lessons. ‘Well hey there,’ it says, elbowing you conspiratorially. ‘I think I might need to go on a ride at midnight! Does anyone here think they might be able to help me?’ When, in AC Syndicate, Evie Frye gave Alexander Graham Bell the idea to call the telephone a telephone, I felt mildly embarrassed. There are better ways to point out you’ve included the inventor of the telephone in your game than by going: THIS GUY INVENTED THE TELEPHONE. Da Vinci fulfilled a similar role in AC2 and at no point did Ezio say ‘Hey, let me introduce you to my friend, Lisa Gheradini. She’s looking to have her portrait painted. Has a weird smile though,’ whilst looking directly into camera.

Make sure the setting is cool

The most recent AC games have been based more in densely populated cities, so it might be time to branch out. Previous games have benefited from a mix of towns and natural landscapes, meaning you could mix up your traversal a lot more. It also needs to be an interesting focus point in time, with interesting stuff happening. So, I dunno, pulling an idea from completely out of nowhere, somewhere like ancient Egypt could be cool.