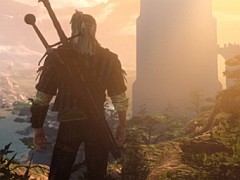 The Witcher 2: A Beginner’s Guide

Okay, so The Witcher 2 might be a crotch-grabbingly good RPG but its opening stages are so difficult they might haunt your dreams and even negatively affect your libido. Geralt’s early quests can be tricky to the point of extreme frustration, and the game’s unremitting bombardment of information and slightly wonky world map hardly help make the opening any more comfortable. But even just a teensy-tiny bit of technical know-how, mixed with some considered equipment gathering, can quickly turn the game’s odds in your favour.

I’m going to assume you’ve bashed and smashed your way through the Prologue – there are a couple of tricky spots, but you’re on a fairly linear path so just keep soldiering on. If you’re still having trouble, however, take this all-purpose Witcher 2 uber-tip and have another go: use Quen.

Quen is The Witcher 2’s win button and it’s unlocked right from the very beginning. Quen is more powerful than a being punched in a face by a fist made of diamonds, and it even is rumoured that God secretly made Quen on the eighth day of creation but hid it from humans because it was just too bloody powerful.

Basically, all you need to know about The Witcher II is: IF IN DOUBT, USE QUEN.

So, as I was saying, once you get to the Flotsam outpost in Chapter 1 the game opens up a little and leaves you in the lurch with nothing but your own devices and some duff gear. Your equipment from the Prologue is more out of date than a computer with a floppy disk drive, and quite frankly the game couldn’t give a damn about helping you get your Geralt in order. Here’s the equipment you should be hunting down – alongside casting Quen all the time, everywhere, at every occasion – as soon as you’re allowed to roam about freely. I’ve written them up in what I felt like was the easiest order to obtain them:

Getting hold of the schematic to this weapon requires you to have completed The Nekker Contract and The Endrega Contract, which is the only real hurdle because the actual items to craft the item are pretty basic: 4x Iron Ore, 4x Silver Ore, 1x Timber and 1x Diamond Dust. You’ll probably have hoovered most of that up from the Prologue and pilfering things from houses, but if you need any bits and bobs the equipment merchants will happily flog most of it to you for a few coins.

You’ll get both quests from the notice board outside of Flotsam Inn. Before going out into the forests near Flotsam, though, you’ll need to have completed the A Sword for Monsters quest and got your hands on a basic Witcher’s silver sword.

To complete The Nekker Contract you’ll also need to get hold of four Grapeshot Bombs, which can be constructed from the meditation menu after you buy their formula off Cedric in Lobinden. You’ll run into The Endrega Contract along the way, and make sure to pick up Endrega teeth too – you’ll want 15 of them, and they’re vital for the next weapon, the Jagged Blade.

The Jagged Blade is an absolute beast of a steel sword, with a base damage stat of 19-25, and if you bung a couple of fire runes in its two slots you’ll be able to decimate any human opponent all the way into Chapter 2. You’ll need to purchase the design schematic from Berthold Candeleria, a dwarven merchant who sets up shop in an alleyway down Flotsam’s non-human distract. The sword itself doesn’t require that many materials, provided you’ve been gathering the Endrega Teeth from the earlier quest: you’ll need 16x Iron Ore, 1x Timber and 15x Endrega Teeth.

If you’re running a bit low on gold at this point, you can fatten out your wallet fairly easily by partaking in the Bring it On: Flotsam arm wrestling and One on One: Flotsam fist fighting quests. Both of these are initiated from inside the Flotsam Inn.

The Hunter’s Armour is your best option for all of Chapter 1, with the schematic given to you as a reward for completing the quest Troll Trouble by helping the troll, a quest you can obtain by reading the notice board at Flotsam Inn. The armour can be made from 14x Cloth, 16x Leather and 6x Twine, and is a great choice to do early on because the quest contains very little combat.

This armour is particularly useful because it contains three slots for runes. Slap in a trio of Studded Leather, Steel Plate or Diamond armour reinforcements and you can get a +16 set of armour incredibly early into the game.

The only comparable set at this stage in the game is the Kayran skin armour, which is far more expensive to build, makes Geralt wear a silly hat and requires you to complete a large chunk of the chapter before it’s even available. You do get an Achievement for crafting it, however…

Grab all that gear, and don’t be afraid to spam Quen, and you’ll find the once-difficult game should now be a lot easier. As you level up you’ll be able to turn Geralt into a pure killing machine, and once you battle past the first chapter the entire game becomes a bit of a doddle.

But everyone has their own way of playing the game, so if you’ve managed to make a more effective (or flashy) build that gets you through The Witcher II don’t be afraid to let us know. Any build that helps people get through the game’s ultra-hardcore Dark difficulty would certainly be appreciated, as right now I’m completely stumped…