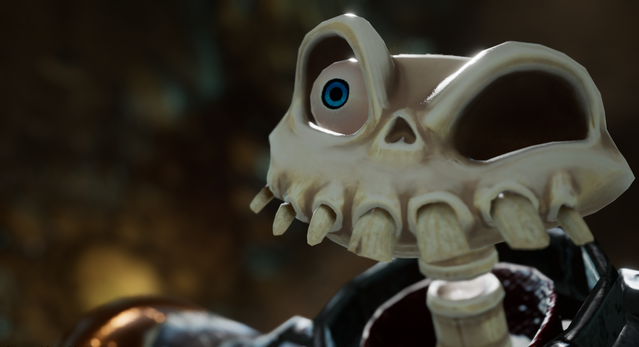 The MediEvil remake takes us back to the Goth ‘90s

‘It has risen again… Fate has given it a second chance, a chance to forget the ignoble truth.’ Such were the first words heard by Sir Daniel Fortesque, the hero of MediEvil, after he awoke in his mausoleum, back in 1998. Fans of the game will surely delight in hearing them once more, over twenty years on, in a sparkling remake courtesy of developer Other Ocean Interactive. The truth is that this marks the fourth chance that fate has given MediEvil – after MediEvil 2 and MediEvil Resurrection, another remake of the first game – and the ignoble truths are multiple: a crummy camera, unremarkable combat, and a habit, despite reviewing and selling well, of hastening to the cobwebbed corners of gaming history.

Nevertheless, Sony, in its ongoing mission to renovate its own mausoleum, has decided to deliver us Sir Daniel once again – clattering behind Crash Bandicoot and Spyro the Dragon – in the hopes that, this time, classic status will be conferred upon it. The game, determinedly titled MediEvil, will be released on October 25, but a demo (whittily named the Short-Lived Demo) has been delivered to the PSN store, the better to whip us into a froth of excitement. The teaser offers up the first two levels of the game, Dan’s Crypt and The Graveyard, and, unlike Crash Bandicoot N. Sane Trilogy and Spyro Reignited Trilogy, the first couple of levels might not be enough to sate the appetite. Having had the nostalgic nooks of my brain sufficiently prodded and zapped, I was never motivated to soldier through to the end of those fine games. Not so with MediEvil. 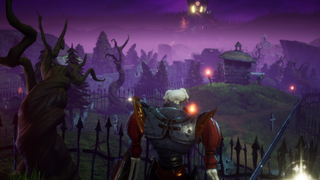 Full disclosure: I have always had a weakness for the series, the charm of which lay in its lateness. The first game came out five years after The Nightmare Before Christmas, just as the festive-gothic glow of Tim Burton’s style was on the wane. The music had a Danny Elfman quality – that perfect poise between a requiem and a rejoice, a lullaby with the notes of a nightmare. It was to my delight that not only does the score make a spirited return in the remake but that the camera keeps its probing swoop, as it plunges like a restless ghost into gaping mouths, through keyholes, and between the cracks of a door. It takes us above the hills of a cemetery, over which scuttles a disembodied hand, like Thing from The Addams Family. Sony, it seems, has a secret weapon: MediEvil offers not only a return trip to a beloved old game but a gloomy reverie to a Goth patch of the ‘90s.

It’s also worth noting that the game is beautiful. MediEvil breathes new life into the phrase ‘ground-up remake’, with Sir Dan bursting his bony hand through two decades’ worth of dirt. It strikes me that the greatest coup of this spate of Sony remakes is the way they have revealed that the true merit of graphical power isn’t in rendering, with unblemished perfection, the muddy puddles of a battlefield; it’s in the hairs on a bandicoot’s head, or the supple scales of a purple dragon. We want more character in the cartoons of our memory. Behold, in MediEvil, the sights and sounds that abound when whacking a zombie with a sword – the slimy slap, like the plashing of an oar, and the spray of green gloop. And look at Sir Dan’s shambolic run: it looks, as it always did, like a puppet with the strings snipped, only now the light bounces off the armour and the clanks echo crisply off the walls. 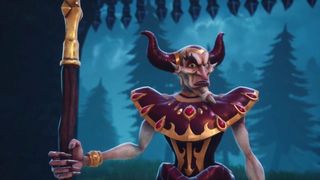 Reaching the end of the demo, I am not without my complaints. For one thing, I do not welcome the recrudescence of jerky camera control; it’s a mark of authenticity that I would rather have stayed buried back in the 1990s than made it’s return, with a soily covering of irony, in 2019. Less pragmatic, but no less painful, is the lack of wit that dusted MediEvil Resurrection, on the PSP. The developer of that game, SCE Cambridge Studio, also happened to have made the original, seven years before, and it had the sense, or perhaps the desperation, to stray from a drab retread and opt for a reimagining instead. Hence the heightening of humour on offer. Dan’s Crypt was described by the game’s narrator, who happened to be Tom Baker, as ‘the best place to go if you’re looking for a dead dan.’ And the subtle alteration to the plot, revealing Sir Dan as less dumbly gallant, bounding into battle, and instead hanging back and pretending to tie his boot laces.

The reason, I suspect, for the absence of such knowing nods is that a large chunk of the audience won't be in the know. What we have here is a retread, but it certainly isn’t drab. Credit must go to Other Oceans Interactive for glossing the bones of the original with such affection that I’m less likely to reach for my PSP, to play a funnier version of MediEvil, and more likely to unearth a copy of The Addams Family. Roll on October 25. Roll on the ‘90s. I’m looking forward to playing the MediEvil remake as much as I am to venture back to the welcome shadows of a time in which irony was as necessary as a second analogue stick. 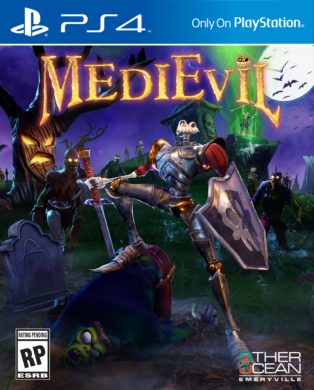