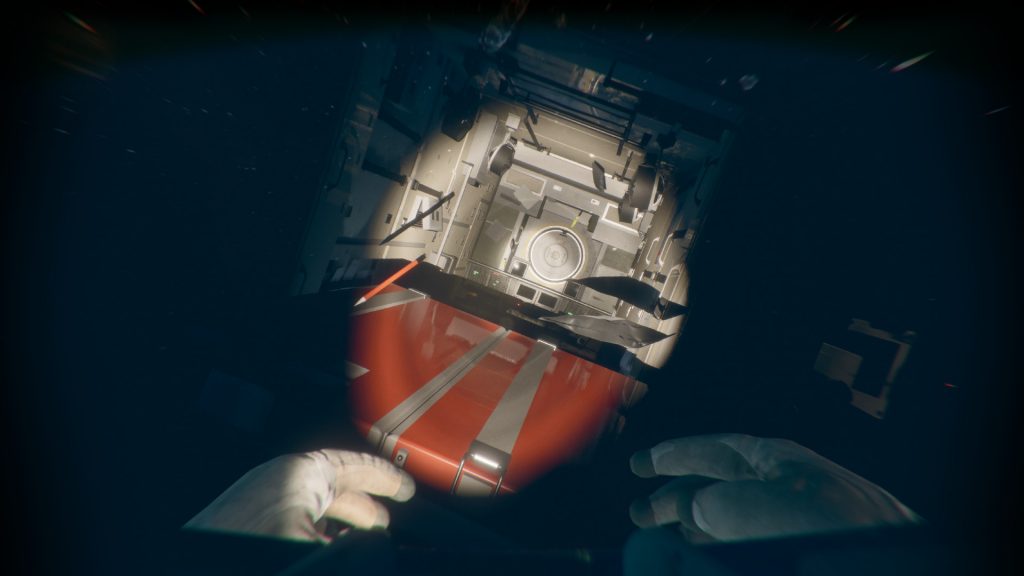 Outreach is a small game (clocking in at around three hours, depending on how much looking around you do) from a small studio, Pixel Spill, about a lone Russian cosmonaut exploring an empty space station. The kicker is that it’s supposed to be crewed, so where have all the said crew gone? But it’s not quite the same as other space-y games with similar plots that you may have played.

Using a space station as a game setting is cool, because it’s not like you can crack a window and run away when things go a bit wobbly hand gesture; concerned noise at back of throat. Aside from the escape pods, which will have been sabotaged by the time you finally reach them anyway, there’s no way out. It’s just you, the vacuum of space, and the rogue AI, which is growing ever more menacing and will, any moment now, make an attempt to kill you.

Because a lot of people have identified that games on space stations are cool, the plots have gotten a bit tropey over the years, with the last 18 months or so being quite flush with mysteriously abandoned science facilities or colony ships, floating in the twinkling darkness. This is where Outreach is doing something different. Achingly different, horribly different. Refreshingly different.

Outreach is a historical fiction, partly based on the Lost Cosmonauts conspiracy theory that revolves around Soviet manned space missions. James Booth, the project lead for Outreach, is a big sci-fi fan, but wanted to tell a story that was more than generic sci-fi, and at the same time was inspired by things like Hunt for Red October where, he says, the Russians are portrayed as people. ‘I feel that a lot of 60s and 70s movies are kind of propaganda for America’s perception of the Cold War,’ he said. ‘I really wanted to show the other side, to see the Cold War through Soviet glasses, in an authentic and unpatronising way.’

The base version of the game is in English, with the voice talents of actors like Adam Harrington (who you may know as Bigby Wolf), but you can also play the game entirely in Russian, with subtitles, which is what Booth would recommend. Even the music was composed on two 1980s Soviet synthesizers.

In many ways, Outreach leaves you to your own devices, so you can uncover as much or as little of the story as you’re willing to dig for. Booth told me that players will come to different conclusions depending on how observant they are. Sometimes you’ll return to a room in the station — which is, of course, meticulously based on real Soviet space stations, layout and all, a cramped, claustrophobic set of rooms that you suddenly long for when you have to go out on a space walk, and a push in the wrong direction sends you, panicking, out into the void — and something will have changed in it. But you might not notice.

Outreach doesn’t give you any help in that regard, either. There aren’t any quest markers, objects you can interact with don’t glow helpfully when you look at them (though they are coded by being an orangey-red colour, in a system that’s still being tinkered with slightly) and you might, for example, completely miss that you can play Pong on a computer in one of the living quarters.

Games like Prey, Event[0] and The Turing Test are all set in the future, where the final frontier is explored in the medium of shining glass, chrome, and, occasionally, accents of polished wood. Outreach is set in the 80s, when space stations were basically Amigas big enough to fit people in, which means there’s no giant glass-windowed vista, no gravity, and rogue AI. It’s just you, alone, bumping off walls and trying to figure out whether you should believe what ground control is saying, or what your own eyes are.

Outreach is out on PC later this year. 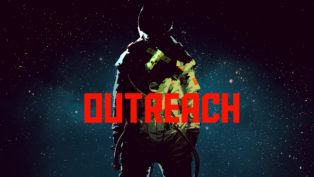