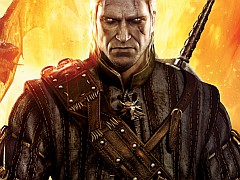 Not everyone loves Skyrim – try The Witcher 2 instead

You might have listened to last week’s podcast where the Internet’s Neon Kelly performed reputation seppuku and admitted he hadn’t managed to get instantly hooked to Skyrim from moment of boot-up. You don’t typically hear that too often. Skyrim has been popular enough to penetrate the layers of gamerdom that separate the gaming academics from the guys on B3ta from people who just like dragons. It’s as much of a talking point for forum intellectuals as it is a cultural meme machine, which spells out exactly how big a cross-section of the market it has ownership of.

Still the two of us – and I’m speaking here for Neon with the authority of someone who managed to press Publish on this article before he had a chance to read this – slipped through the cracks one way or another.

It’s not often you’ll hear genuine complaints about the game, but it’s also not uncommon for people to find it hard to penetrate on an emotional level. And while right now Martin is on vacation somewhere in Scotland, screaming to the clouds in mad-anger because this discussion is happening at all, I still have to side with Neon. It left me cold in a way that role-playing games don’t tend to do.

And more specifically, in a way that The Witcher 2 didn’t.

There’s a starkness that the game has without the use of any real innovative wizardry. It’s not exactly a secret that what CD Projekt RED were bringing to the table was an RPG that on paper had most of the makings of what we had already seen from BioWare. A dark, mature, topless, player choice-oriented fantasy game. Its main offering to the genre has been how it realises the lore of the Sadowski books it’s based on.

So while its morality system is much cruder than anything out of BioWare’s mines – at its best a choice between two forks in its narrative compared to Bio’s conversation wheels – the choices you make have more of an immediate and obvious impact. Kill a likeable NPC to get on the soft side of a sentry, ally with another character and you’ll lose touch with another, follow one quest line and you’ll never see one of the available zones, kill your enemy or let him go, and so on.

The major game-changing choices that are available in limited quantity in RPGs are consistent in Witcher 2. That results in a clear sense of your personal effect on the world, and more generally than that a sense of the total greyness of political morality.

Even your character Geralt is a man of sheer grey tones. Witchers aren’t necessarily bad dudes, but they certainly swing with rougher crowds, killing monsters as a profession, and acting on no particular set of principles.

So one of the primary questions the game seems to ask is what is the player’s role then amidst this dark apathy? Well, it’s a continued push-and-pull of darkness, bad choices, tough choices, and so on, so that with every choice is weight on your conscience, is CD Projekt’s answer.

But somehow this approach feels oddly solipsistic to me. Bethesda’s work making a fully-functioning simulated fantasy nation was successful in making it seem like I was part of an ecosystem that would exist with or without me there. But its open-world qualities – much like Minecraft – catered to feelings of loneliness, waywardness, and a sense of being generally dislodged.

The Witcher 2 might follow a simpler, streamlined approach by only giving users a handful of zones, and funnels them through the plot to its inevitable end-quest conclusion, but with that comes a sense of clarity about your place in the game. And more importantly a sense of real meaning and purpose that I could never feel in Skyrim.