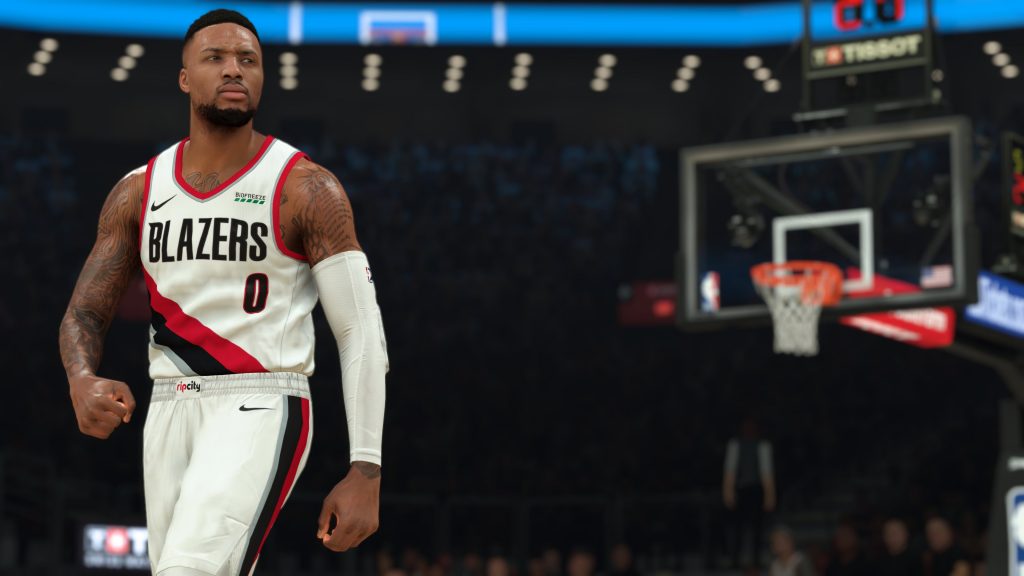 As an annual purchaser and player of NBA 2K, I am in a strange position: that of the continually, and mostly happily, conned. The series has a monopoly. Any impulses toward progression, in the formula of play, occur with the slow, unchallenged languor of a champion. EA, with its NBA Live games, can barely muster an attack to dent the dynasty that NBA 2K has built over the years, so any forward moves the series makes are grinding and gradual. Blocks are broken, wait until next year. Rebounds are a conspiracy, wait until next year. Ball warps are back, wait until next year. Occasionally, we get a glint of greatness—a 2K12, a 2K16—through the fog, but the general feeling is that of mild resentment, of rustling up a wad of cash and resigning yourself to the meagre certainty of a roster update.

There is a remedy for this attitude, of course: poke your head out and examine any other sports game. You’re quickly reminded why the reign of NBA 2K is so firmly forged. The presentation is unmatched, with commentary that catches individual moments and gilds them with the broadcast-quality outbursts. (It makes the commentary in the FIFA games sound startlingly inert—as if it were recorded in a cow pasture and posted to EA, to be spliced into coherence by hard-working technicians.) Its commitment to classic teams is commendable, rummaging through the trove of the league’s history and illuminating its faded eras. And its on-court action is outstanding; progress may be slow, but, over the years, we have benefitted from the annualised ironing-out of the series’ creases. The irritations that I hereby present you with may seem like nit-picking, then, but, when you only have one NBA series, it means getting up close to its cracks. 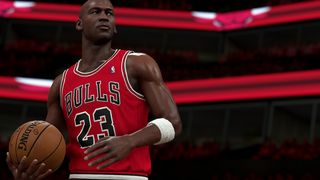 The addition of classic teams—usually championship teams, sometimes those whose greatness went unfêted but is fondly remembered—is an excellent thing. This year’s quiet addition of the 2018-19 Toronto Raptors and the 20016-17 Golden State Warriors, both of whom won it all, shouldn’t go without mention and praise. However, often the case with classic teams is that they aren’t actually in the game. Take the 2006-07 Golden State Warriors, which were brought in with 2K18; the team was missing three of its five starting players, and boasted only two bench players. I’m sorry, but that isn’t the 2006-07 Golden State Warriors, then. Don’t bother with the addition if you haven’t got the licensed players to put forward a decent roster. Sometimes, the loss of a single player devastates a team: the absence of Manu Ginobili for the 2004-05 San Antonio Spurs, for example, means that, as far as I’m concerned, the 2004-05 San Antonio Spurs aren’t in the game. 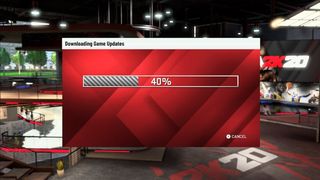 There seems to be, in the offices of developer Visual Concepts, a restless urge to tinker with 2K. Regular patches, applied to the early teething problems of a new release, are fine. What isn’t fine is interrupting a game with a far-too-big overlay, in alarmist yellow font, reading “Update Required!” and refusing to go away until I quit to the main menu. These often add new apparel and cosmetics, which is absolutely unacceptable. The most recent irrelevant tinker—and by far the most stressful—is the dreaded green flash introduced in NBA 2K20. This awful flourish heralds the approach of a perfect, unmissable shot with a bright splash in the same toxic-to-the-touch hue of a Mountain Dew bottle. It pierces the time-slowing tension of a ball drifting through the air with the demoralising promise that it will swish. Thankfully, a patch has arrived for NBA 2K21, only this week, allowing us to turn this nightmare off. 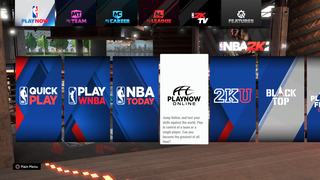 The job of the menu is simple and difficult: to act as a conduit between developer and player, parsing the ticking, coglike innards of an intricate machine, the video game, and presenting them to us intuitively. The menus in NBA 2K—like those of many games—are subject to the clogging influence of flash. To move between menu options and to start an exhibition game is to be met with a graphical barrage of sliding steel walls, rising steps, flying sparks, and elaborate metal logos spinning up from the floor. It’s as though that night’s game will be played out in the fiery bowels of a steel mill. It’s doubly annoying because these fripperies arrive at the end of a loading screen. Also, the jersey-selection menu is far chewier than it needs to be, with laggy delays as it loads in animations of the players. It isn’t a catwalk; I don’t need to see Kawhi Leonard modelling the boring blue of the L.A. Clippers’ current away kit. 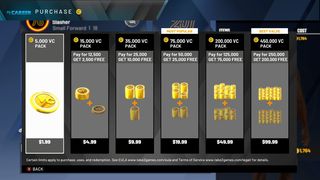 My own relationship with the microtransactions in NBA 2K is non-existent. My usual routine is to buy the latest game and play exhibition matches with my flatmates for several hundred hours, until the next game is released. This means foregoing MyCareer, MyGM, MyFace, MyUltimate Team, and any number of other My-prefixed features in which microtransactions are prevalent. This may put me in a unique category, but it shouldn’t; I want the talented developers at Visual Concepts to put 90% of their time into improving the basketball that’s on the court—not wrangling the voice talents of Michael B. Jordan (which are also available, along with his body, in many Hollywood films) around a story-driven mode. I realise that I’m in the minority, and I am told that the microtransactions in these modes are egregious, so this is me advocating that they be less egregious while also reiterating that I don’t care about these modes. I want the basketball to be better. 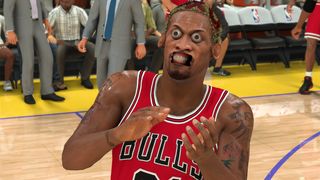 The frustrations of play in the NBA series have been, on the whole, improving. Here are some small niggles for which there is, to borrow a haunting phrase, an Update Required! Intentional fouls need to be much quicker. At present, after pressing the intentional foul button, my defender seems to want to write a letter to his target, formally requesting that the offensive player stand still and await a polite foul. I’ve had entire fast breaks unfold on me long after I’ve pressed the button and, for theatrical impact, put down the controller.

Inbounds need some attention. No more waiting for the lumbering center to trundle behind the line please; it kills fast breaks. Let me inbound with whoever is closest—that’s what happens in real life. Also, get rid of the weird gaps in the commentary crew’s awareness. Too many times have I intentionally fouled, stopping an open layup, only to have the crew chew me out for what an unbelievable fool I am to have wasted a foul there, and that my brain must have checked out of the game completely, despite it being within two points in the fourth quarter.

Finally, we have “spurts”: the colloquial name for periods in which certain teams catch fire and play very well. In the game, this manifests as players being more likely to hit shots. The problem is that spurts already exist in the real world; you naturally dip in and out of good form, and you don’t need the game to make you miss an open shot—which you have manufactured through skill—just because you were “cold”. Leave hot and cold up to human hands. And with that, I’ll stop kvetching and go back to playing NBA 2K, an unparalleled example of the sports video game that would surely put its opponents to shame—if only it had any. 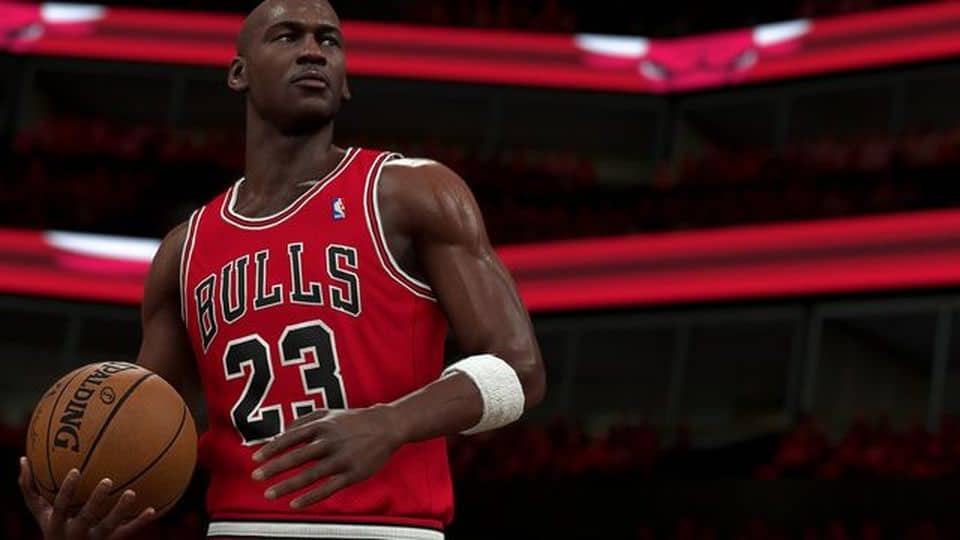 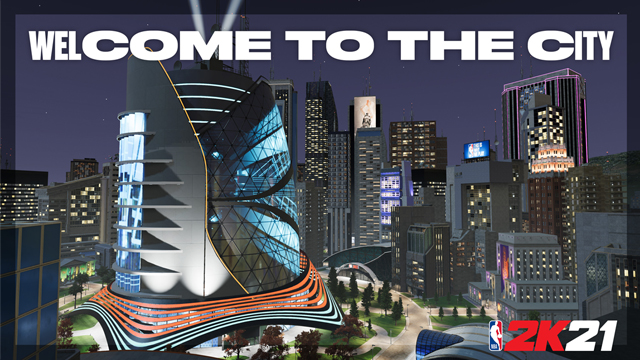