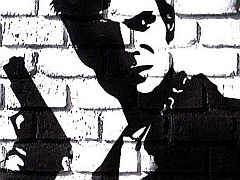 Max Payne – The story so far

Max Payne 3 is due to be released next week, but as it has been almost eight years since the last game, some of you may be a bit hazy on Max’s past. Here’s our rundown of what happened in the first two games – the stories that introduced us to the most trigger-happy cop in gaming.

For the sake of expediency, we won’t be listing every mobster that Max has whacked. That guy has a lot of red in his ledger…

Prior to the events of Max Payne 1

I didn’t like the way the show started. They’d given me the best seat in the house – front row, centre. Something ugly had been tattooed on the wall, a map of things to come.

Max Payne is a detective in the NYPD, working out of the Midtown North Precinct near Hell’s Kitchen. Max is invited to join the DEA by his good friend Alex Balder, but our gun-toting gurner wants to spend more time with his wife, Michelle, and their infant daughter.

One day Max comes home to find that his house has been burgled, the walls of his home daubed with sinister graffiti. Max desperately tries to rescue his wife and child, but both die at the hands of psychotic drug addicts. Devastated, he blows away the three junkies. It’s subsequently discovered that the addicts were high on a new designer drug called Valkyr.

After burying his family, Max accepts Alex’s offer and joins him at the DEA.

That was three years ago. Everything ripped apart in a New York minute.

I came in from the cold and the dark. Outside the city was a cruel monster.

After three years of careful investigation, Max and Alex are close to getting a break in the Valkyr case. The pair are tipped off that the key to the drug ring may lie with Jack Lupino – a deranged mobster obsessed with Norse mythology.

Max goes undercover and manages to infiltrate the notorious Punchinello crime family. Aside from Alex, the only person who knows about this assignment is another DEA agent by the name of B.B.

Two months later, B.B. arranges for Max to meet with Alex at a New York subway station. As the pair convene, Alex is killed by an unseen gunman. Max is framed for the murder and is forced to go on the run; the NYPD is hot on his trail, led by deputy chief Jim Bravura.

Despite this setback, Max continues on his personal quest to crack the drugs ring, searching the city for Jack Lupino. One of Lupino’s associates, a snivelling wretch called Vinnie Gognitti, reveals that Lupino can be found at his night club, Ragna Rock. Max also learns that the Punchinello family is at war with the Russian mob.

Heading to Ragna Rock, Max finds and kills Jack Lupino. He then encounters Mona Sax, an assassin whose sister is married to Don Angelo Punchinello. Mona is also looking to kill Angelo, due to the fact that he beats her sister. Despite this common goal, Mona lures Max into accepting a drugged drink, which results in him being captured by his enemies. The mob plan to torture Max, but predictably he escapes and murders his captors.

In a bid to defeat the Punchinello family, Max strikes a deal with Vladimir Lem, a powerful gangster in the Russian mafia. Lem agrees to arm Max with high-power weapons, but only after he’s taken care of a Russian who defected to Punchinello’s cause. Once the trade is complete, Max uses his new firepower to stage a direct assault on Angelo Punchinello’s home, resulting in the death of the Don. It also turns out that someone has killed Lisa, though it’s not entirely clear who was responsible.

Unfortunately for Max, it transpires that Angelo Punchinello wasn’t the ultimate villain. The real antagonist is Nicola Horne, CEO of the Aesir Corporation. Horne shows up at the Punchinello place and spikes Max with a needleful of Valkyr, leaving him to overdose. Naturally our man recovers, and after infiltrating a secret lab, he learns the truth: Valkyr began life as a military drug. The initial project was scrapped (presumably because it’s not good to turn your soldiers into raving lunatics), but Horne secretly re-started the project. Max’s wife, Michelle, learned about what was going on, so Horne sent a trio of Valkyr crazies to shut her up – obviously all the normal hitmen were out that day.

Max is contacted by B.B., who arranges a meeting in a car park. B.B. reveals that he’s been working for Horne, and was the person who killed Alex. This admission eventually earns him a bullet to the face. Having killed B.B., Max takes a call from senator Alfred Woden, who has important information to impart. After convening at the ancient Asgard building, Woden reveals that both he and Nicola Horne are members of the Inner Circle – secret political society. The Inner Circle want Horne dead, and Woden offers to clear Max’s name if he snuffs her out. It’s a good offer, but the sneaky bint has already sent her gunmen to crash the meeting. In the resulting shoot-out, several Inner Circle members are killed – but both Max and crafty old Woden survive.

Finally, Max heads to the headquarters of the Aesir Corporation. Nicola Horne hasn’t bothered to hide, but she does have a small army of men with guns protecting her, as well as a helicopter. Mona Sax also shows up here, but after she refuses to kill Max, Horne’s men shoot her in the head.

Doing what he does best, Max murders everyone in sight. Horne eventually dies while trying to flee in the chopper – Max crushes her by knocking over a massive antenna on the roof.

The police show up to arrest Max, but he just grins his face off: Alfred Woden will keep him out of prison.

They were all dead. The final gunshot was an exclamation mark to everything that had led to this point. I released my finger from the trigger.

The past is a gaping hole. You try to run from it, but the more you run the deeper, more terrible it grows behind you, its edges yawning at your heels. Your only chance is to turn around and face it, but it’s like looking down into the grave of your love.

Two years after the massacre at the Aesir Corporation, Max has returned to the NYPD and is working for Jim Bravura. His second set of problems begin when he is sent to investigate an attack on a weapons warehouse belonging to Vladimir Lem. Max finds the scene is littered with dead mafia, who appear to have been killed by The Cleaners – a mysterious group of hitmen posing as, well, cleaners. Max is also surprised to encounter Mona Sax – after the events of the last game, he presumed she was dead.

Max goes to see Vlad, and finds his restaurant is being attacked by the mafia, lead by Vinnie Gognitti. Max helps drive off the mobsters; Vlad claims that Vinnie is trying to seize control of New York’s black market for weapons – but this is an outright lie.

Next Max teams up with Mona, who is trying to stop The Cleaners from killing what’s left of The Inner Circle. The pair visit an expensive apartment block on the Lower East Side, but fail to prevent the murders of several high profile political figures. They do, however, kill an awful lot of Cleaners. Then the police show up, and Mona is arrested for the supposed murder of a senator; the killings in the apartment block were just self defence, supposedly.

The cop investigating Mona’s charges is Detective Valerie Winterson, Max’s partner. Secretly, she also happens to be Vlad’s lover too. From behind prison bars, Mona warns Max that Winterson might be corrupt, but he’s not sure how to react to this.

The Cleaners show up at the police station and attempt to kill Mona, but this merely allows her to escape. Max heads off for Mona’s place, and the pair of them make sweet, sweet love. Max is spared any post-coital awkwardness, as The Cleaners show up and make yet another attempt to kill Mona (and Max). At the end of the battle, the surviving hitmen try to flee; Max stows away in one of their vans, and gets taken to their hideout – a sprawling construction site. Mona follows.

A lengthy series of gunfights take place at the site, but after The Cleaners have all been killed Detective Winterson shows up, holding Mona at gunpoint. Mona says that Winterson is there to kill her, Winterson claims to be just doing her job. Max shoots his partner to save Mona, but the dying Winterson manages to shoot Max, knocking him over the edge of a multi-storey drop.

Max wakes up in hospital, but because this is a Max Payne game, it’s impossible for things to stay quiet for longer than five minutes. Masked gunmen storm the hospital, shooting Jim Bravura along the way. Max fights his way out and goes to see Alfred Woden, who drops an unpleasant truth bomb: Vlad is trying to take control of The Inner Circle, and The Cleaners are in fact his men.

Naturally, Max heads for Vlad’s restaurant, but the slippery git isn’t there. He kills a couple of hundred Ruskies, then briefly teams up with Vinnie Gognitti, who has had a bomb strapped to him. Despite Max’s best efforts, Vinnie gets blown up when Vlad and his men stage an ambush. Max is shot and left in a burning building; Mona saves Max’s life in the nick of time, and together the pair go to save Alfred Woden.

Sadly, things take a turn for the worse here. It turns out that Mona was originally hired to kill both Max and Vlad. She knocks Max to the ground and prepares to kill him, but relents after accepting that she has feelings for him. Unfortunately, she doesn’t get much time to explore this budding romance – because Vlad shows up and shoots her in the back. Woden rocks up in his wheelchair, and throws himself at Vlad, but he also gets a bullet; nine times out of ten, this is what happens when an old man who can’t walk starts a fight with a Russian mobster.

Max pursues Vlad through Woden’s manor, killing countless henchmen along the way. Eventually the pair face off on the roof of the mansion, and Vlad is slain – Max shoots out the platform he’s standing on, and he falls to his death.

Max stumbles through the ruined building, and finds Mona. She dies in his arms.

(Unless you were playing on the hardest difficulty setting in which case she lives).

Once again, Max is left to deal with the fact that the woman he loved has died.

I had a dream of my wife. She was dead. But it was alright. 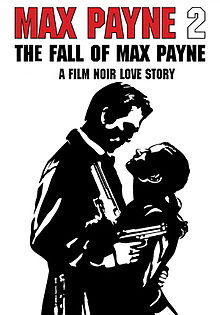