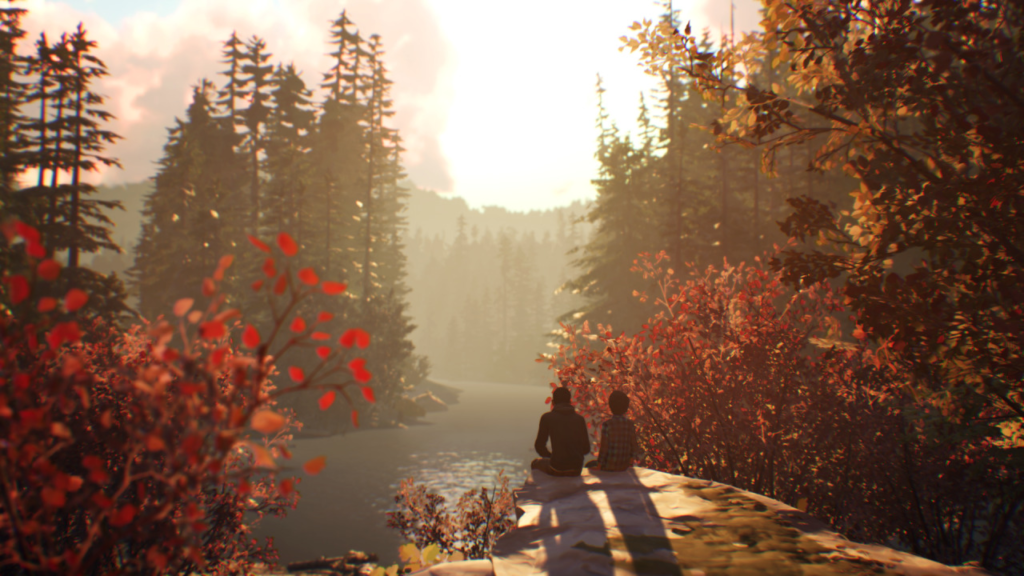 The tantalising contradiction at the heart of games is that they are built around movement. You sink into your chair in the dark, but you lust after light and motion. Cinema, which sucks you into the void of the voyeur, need only show the whirl of wheels on tarmac to satisfy your urges. But games, whose soul is levered with the tilt of a stick, struggle to summon the sensation. Is it any wonder? We’ve been desensitised, our optic nerves fried by the extreme speed of WipEout, our itchy feet soothed by the sandboxes of Grand Theft Auto. In a medium built on movement, it’s easy to lose sense of it.

But it’s a sense that Dontnod is going after. The French developer recently revealed that Life is Strange 2 is about two brothers on the lam, and co-director Michael Koch said, in an interview with Eurogamer, that it focusses on the classic ‘road movie structure.’ In so much as new environments in games are refreshing, moving from place to place is rarely a bad thing; but moving from place to place isn’t what the road trip is all about.

Think of the great game road trips: Joel and Ellie traipsing through the grassy, broken teeth of Boston, Pittsburgh, and Salt Lake City; princeling Noctis and his rowdy retinue sailing, as if his car were a boat, through the blue fields of Eos. These games affect the trappings and structure of the road – the route, the stop-offs, the stretches of open freeway – but not the feeling. The driving in Final Fantasy XV runs on frictionless autopilot, a whistle-stop tour of stationary levels. The real travel in The Last of Us was consigned to cut scenes; the majority of your movement was in and around and through places, but not past. Seeing places and problems rush past is the key to the road trip. 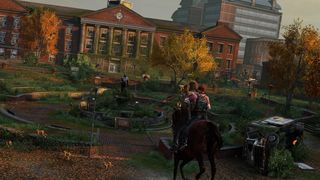 This is where the best road movies draw their water, and where Dontnod has looked for inspiration. Thelma and Louise, The Sure Thing, Into the Wild – these are all films about the therapeutic treatment of problems through running, and then arriving at the solution on the journey. The movements of their characters come enfolded with feeling, punctuated in small bursts. Games that entail constant journeys, like Jalopy, The Crew 2, and the Truck Simulator series, find their own form of stillness out on the road. The constant motion is tuned out of our minds like the wash of white noise. But games have, on occasion, been able to summon the sweep of the road trip: fleeting combinations of sound, vision, and action that capture our imagination.

Players of Red Dead Redemption will remember the moment in which John Marston journeyed from the frontier of New Austin to Mexico. It was one that didn’t come easy. The sand of Rockstar’s open worlds, though strewn with castles of depth and distraction, are still bounded by a box. Your travels always have you looping back around, missions roping you to familiar landmarks like a dog staked to a post with a loose leash. At around the halfway point of the game, Marston makes the journey. Rockstar, in a rare show of directorial curation, play Jose Gonzalez’ Far Away, as you ride your horse toward the horizon. It was the purest essence of the road trip: escape and emotion grounded with story and thundering along to the sound of hoofbeats and guitars.

In Grand Theft Auto: San Andreas, Rockstar managed something similar in the mission ‘Are you going to San Fierro?’ Having trawled the bushy backwoods of Flint County and whetstone, CJ scorches a crop of cannabis, at the say-so of The Truth. Tearing across the countryside in a rainbow-rollered campervan, you close the countryside chapter in favour of the grey hills of San Fierro. What felt so flighty and thrilling was CJ calling Cesar and assembling his allies at a new base of operations. 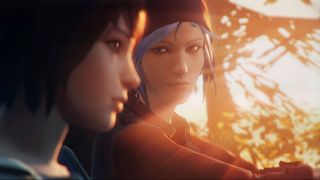 For me, the most potent of these moments comes in the first episode of Life is Strange, Chrysalis. It’s the scene of Max and Chloe’s first conversation, carried out in Chloe’s rusty truck. The two talk about the rocks of their friendship, about Max moving away and not keeping in touch. The conversation is a road trip in miniature. The dialogue crackles with rueful yearning: ‘It felt like a real city for artists, big and bright. Great for taking pictures,’ Max says of Seattle. ‘I’m sorry. I know things were tough on you when I left.’ The entire scene is laved in the light of a sunset that flickers between the firs.

The curious power of Life is Strange is its ability to conjure that feeling in the unlikeliest of places. The game, all around, is rapt with restless energy. Max’s hesitant shuffling from place to place, at the behest of her parents, is detailed in her diary; by the time the game begins we feel shovelled up and spat out on new shores. When even the act of walking down a school hallway is scaffolded with scraps of trailing thought, fresh from Max’s mind, it’s difficult to shake the sense you felt in Chloe’s car: of motion laden with emotion.

When Koch described the structure of Life is Strange 2, he said, ‘You’ll have to leave things behind to move forward.’ Of the people met along the two boys’ route: ‘They leave part of themselves [with you] when you move on.’ These are good things to hear if you hanker for the open road. In mentioning Stand by Me and Of Mice and Men, it sounds as if Dontnod has a keen a handle on the giants of the genre. Only, it needn’t look so far outside its own stable. 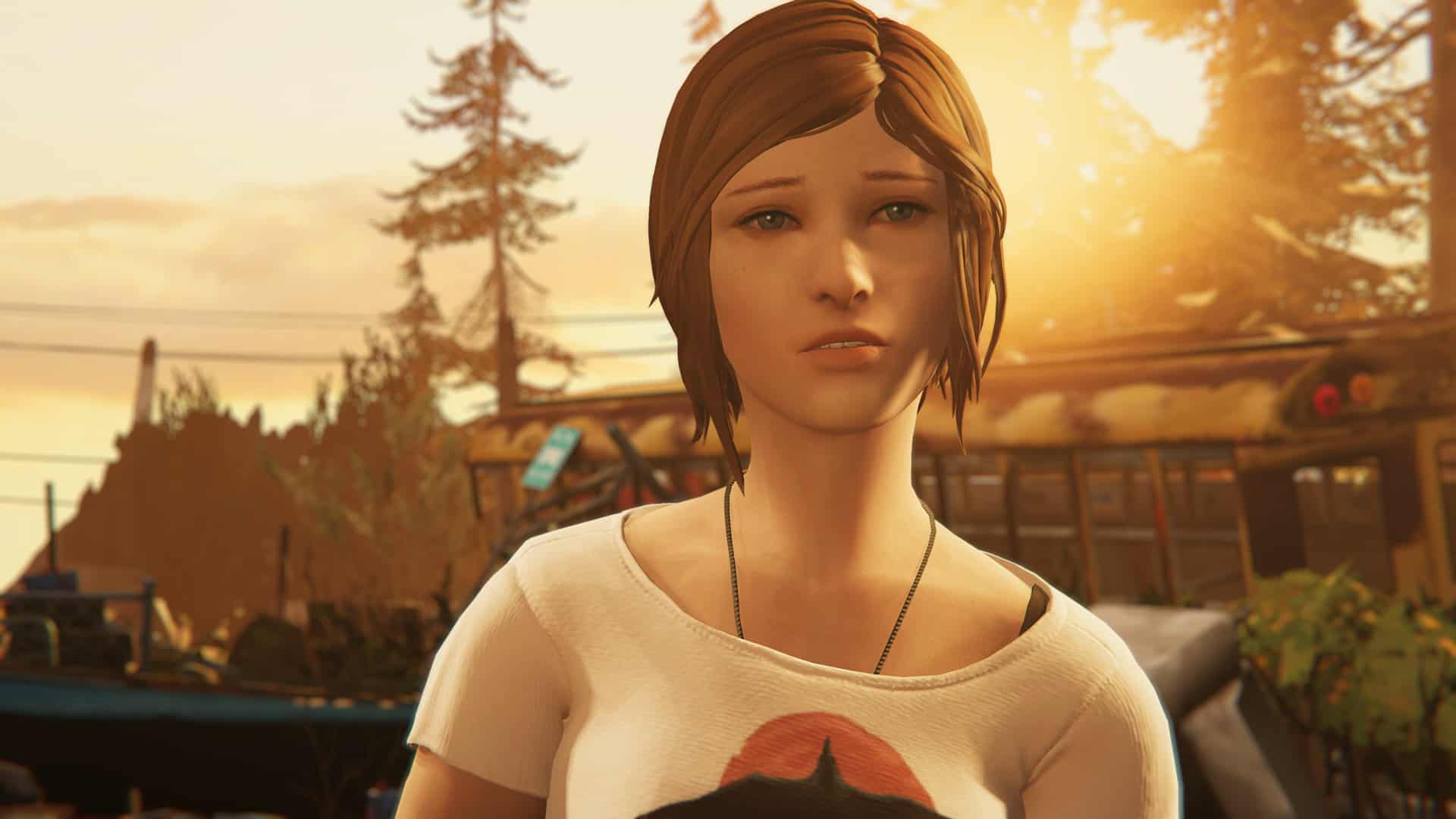 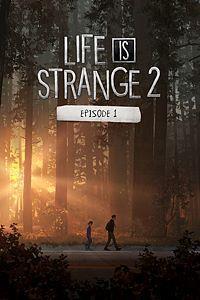