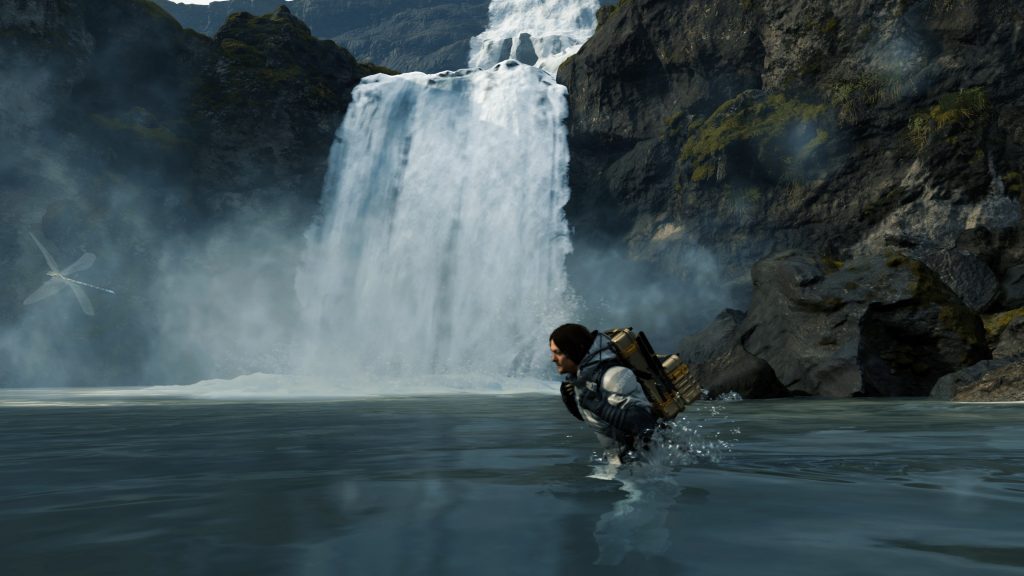 Death Stranding seems a little stranded. Recently, in an interview with J-Wave, Hideo Kojima said that the game is ‘very slightly behind our initial plan, but not behind by much.’ But that isn’t all he said. He also mentioned that the game is ‘only visible inside me.’ Thanks must go to IGN Japan for providing is with this delight of a line, and, lacking the ability – and the inclination – to initiate a journalistic endoscopy, we can only speculate on the mysteries that might lurk within Kojima’s person. 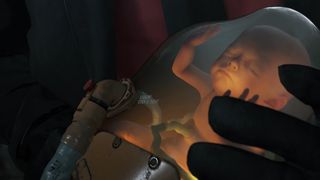 It is entirely reasonable to suggest that Death Stranding is about eating babies. We’ve already seen babies lurking down throats. We know the game stars Guillermo del Toro, who made Pan’s Labyrinth – a film featuring a baby-devouring monster with eyeballs in the palm of its hands. What's more, del Toro can be seen clutching at an iridescent infant in a jar in one trailer. We can’t confirm he plans on eating said infant, but it’s a robust working theory. 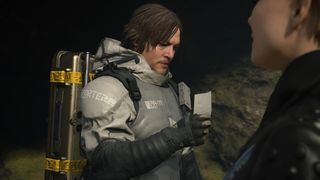 Elsewhere in the interview, Kojima said that he thinks the future of gaming is in streaming. Furthermore, he also said that he foresees games and films will become ‘one entertainment.’ Could Kojima be tipping us off to the notion that Death Stranding will be a multimedia animal? Maybe it has live-action episodes, but is also a CGI film, contains huge reams of text like a novel, to say nothing of VR functionality and operating call centres that allow you to speak to the developers in a fourth-wall-smashing piece of art that also doubles as commentary on art, all of which will be streamed. 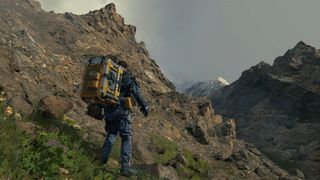 Granted, I don’t speak or read Japanese, but I have recently learned how to use Google translate, and I did some snooping of my own. Consider the following, from the J-Wave interview: ‘Making an unformed [game] is to make something you have never seen, so if you mistake the right or left choice it will result in a different game.’ The first thing we can glean from that is that we might be dealing with some outlandish controls; now, granted, if we mistake right and left then it will result in a different game. But is that a good thing? And is being different worth reversing movement controls that have been an industry norm for decades? 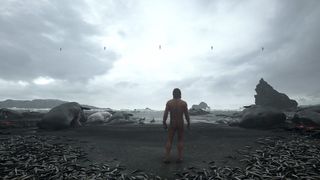 In the very next breath, Kojima describes Death Stranding as ‘high risk.’ Now, it isn’t clear whether he means a risk for him, personally, or for players. If it is the latter, then could this be the first explosive video game, in a unbelievably literal sense? It would certainly be, as Kojima says, ‘something you have never seen,’ with most console explosions the result of overheating fans. Now this could be a way of blowing the fourth wall to pieces, but again, we must ask: is it worth it? 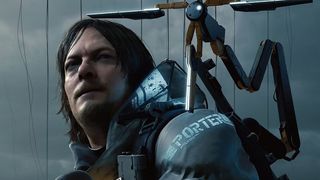 At another point in the interview, Kojima talks about AI, saying, ‘After about ten years, the AI â€‹â€‹that is in the refrigerator, mobile phone, clock is linked to become a big AI, and it will control various services.’ This, at first, seemed to be part of a separate topic to Death Stranding, but then the two intertwined terrifyingly: ‘I am learning AI, so now we are making games among human staff, but now we will have an era where AI can make games.’ So it seems that Death Stranding will develop its own offspring as it gains a form of sentience, and it will also possibly link in with any and all smart devices you may own. 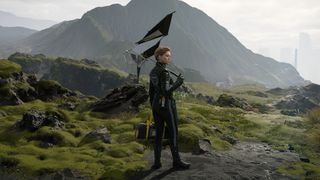 In maybe one of the most telling moments of the interview, Kojima said, ‘Naturally graphics, sounds, directing, quality of gameplay etc are also important,’ which is interesting in itself because the word ‘also’ suggests that those aspects are secondary to something else. But what is that something? Well, Kojima went on to explain: ‘So, even if you make a presentation, new games are hardly understood. Among them the most important thing is whether things that only visible inside me are actually being expressed.’

There you have it, then: the most important thing in Death Stranding is Kojima expressing things that are only invisible inside him. Barring defecation, which wouldn’t be appropriate, the logical next step – and an option which would transcend all language barriers – would be interpretive dance, which would be refreshing. We wait with bated breath (not literally, because we would be long dead if we did that) to find out – hopefully this year.