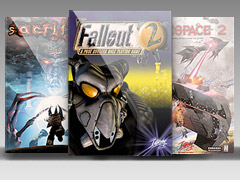 GOG or Good Old Games is a new game download service with a slight difference. The catalogue of games on offer are none other than golden classics, all updated and ready to run hassle free on the latest operating systems. So we’re talking Windows XP and Vista. Sounds like an attractive service indeed and worthy of a further look.

Most the games on offer (during beta) are from the back catalogue of Interplay (with Fallout, MDK and Freespace to name a few) and Codemasters (Operation Flashpoint, TOCA 3).

The site itself is quite simple. Equipped with sleek interface, silky smooth tabs and easy navigation, it doesn’t rely on a great amount of text labels to get you from A to B, but rather flashy box art to click and go. Instantly from the welcome page you’re presented with a flash image of the newest titles, and further smaller images display the hottest selling titles of the moment. There are also news stories announcing the arrival of new titles and general site updates. It is most certainly a professional looking store, aimed at ease of use and quick hassle free access – which is great considering the catalogue of games that should be available further down the line.

The catalogue has an index page dedicated to the most recently added titles and the top rated games on the site. This is where the whole community feel comes into play. Not only does the site offer the usual community forums and discussion threads for each title, but it also leaves the rating of the games up to the customers, who are encouraged to give ratings out of five stars. Notice I used the word customers. Of course this isn’t a free service, nothing is free in today’s world (apart from the London Lite), so like other download sites, Good Old Games charges a small about for each title you choose to buy and download. We really are talking small, either $5.99 (roughly £3) or $9.99 (a good fiver). It seems the Interplay titles are going for the lower amount and Codemasters’ the higher. It’s also important to note this isn’t a paid subscription-based service. You literally sign up for free, have a browse around and pay for the games you want to purchase.

Searching for a particular title is made quite easy, either by genre selection, A-Z by publisher or developer, or with the search facility. The site really is designed to make it a trouble free and quick experience – window shopping at its best, but with opinions and support also easily accessible in the community and support pages. Although in these early days of Beta there are only a good handful of titles, the ones available for download are indeed games to get excited about. And, with the prospect of many more being added over time (especially when other publishers join the fray) it’s more than enough reason for anyone with a nostalgic lust to get excited about, without breaking the bank. Think about all the good classic games of your past you would like to play on your modern PC – there are literally hundreds of candidates. One series which I think would be a particularly great addition to the collection is the Wing Commander series (just me then?) – so please get to it chaps!

Ok, so I hear what you’re saying, there’s nothing new I have mentioned that you can’t already find on other sites like GameTap for example. Well you’re right to an extent, but here’s where GOG differs: firstly it’s available to us Brits in its entirety (GameTap doesn’t offer its premium service outside of the US); secondly, once you have made a purchase, the game is yours to keep forever – you actually own the game, no download restrictions and certainly no ties to just the one PC. In fact one of GOG’s selling points is that you can happily install the game on your various systems as many times as you want. The prices are not that bad either – just think how much fun you could have playing one of your all time favourites the next time you splash out on an egg and cress sandwich. There are little extras too that make the whole service that little bit sweeter, from community support on the titles, to wallpapers, manuals and occasionally the game soundtrack bundled in for download after purchase.

Looking at the titles already on offer, you really feel that their name might mean something – when they say good old games, they are In fact being selective and picking good classic games, and not just from a bracket period of time either.

Most importantly, how do these oldies run on XP and Vista? This is one of GOG’s major selling points after all. For testing we were provided with 4 beta codes, so out of the library of games we selected Fallout, Freespace 2, Kingpin: Life of Crime and Original War.

First things first – the downloading. The games are downloaded like any file from the Internet, however the purchase of the title is always kept ‘on record’, meaning you can return to the site at any time to re-download if you need to, or additionally grab the manual.

Once you have the self contained .exe on your desktop you’re ready to install. The execute files for the most part are a fair size, meaning that it takes a while for the installation setup to kick in. During these annoying waits I found amusement by spinning on my chair and reminiscing about all the games I wanted to be released on the service.

It’s here though that the worry of piracy takes effect. Other than the terms and conditions and the moral code of not freely distributing the games to others, there’s no proof of purchase that ties any one user to the games. The setup file can be moved around onto other PC’s as you please and installed without any hassle. You do literally own the game. The freedom is a good thing for the purchased user but ultimately an area of concern for knock-off Nigels.

So without further a-do a break down of the games on test:

Fallout is the oldest of the games I downloaded and my fond memories left me wanting to try this out again. The CGI introduction is still something to behold just for its story. Firing into the game itself, menu and character selection screens were just as I remembered. As for in-game, while it’s obviously looking fairly dated now, it still played like the good old days.

The one minor problem that I noticed with both XP and Vista versions was some graphical glitches along the graphical user interface that only appeared at certain times. It’s easily fixed by ‘colouring in’ the gaps with the mouse pointer. Other than that it was smooth sailing, with the game running fine on both test systems.

Well I felt naughty for playing this when I was a whole lot younger and I still do for playing it now. Profanities here we come. I don’t think I’ve ever played a game with as many F words – scripted by Roy Chubby Brown then?

I remember playing this game religiously back in the day – it looked great back then, and holds up surprisingly well in all its nostalgic beauty. The intro sequence still has an air of magic about it, like so many games of the time, and the game is properly story driven. The spaceship bridge interface sets the game in the genre perfectly. Here you can select missions, options, training etc. All the animations going on to immerse you into the setting look as great as they originally did, and the fighting/flight parts of the game are as smooth as you would hope. Music is crystal clear and we had no trouble running the game on our XP and Vista machines.

I never played the game back in the day, but Original War had a bit of a cult following. A more recent title than the other games on test, it obviously didn’t look overly dated and ran smoothly. Keen to try the multiplayer on this game I was a little disappointed to see it was no longer supported, though in fairness this was mentioned on the game’s description – I just missed it with my mole eyes. The fact that titles such as Original War, dating in the early 00s (Sold Out release of 2004), are on the service is very promising, suggesting users will have access to more recent games as well as older classics. Needless to say, it performed faultlessly on both XP and Vista.

GOG is brilliant for the nostalgic gamer – easy for the simple minded like myself and a cost effective way of bringing some of the old classics back to life without the hassle of resorting to third-party apps, dodgy windowed gaming and broken audio.

As previously mentioned, in its current state GOG has a strong Interplay catalogue on offer, and a smaller Codemasters one (with Operation Flashpoint on the way). With more publishers and developers supporting GOG and regular updates being made to the library of titles I can certainly see myself returning to the site often to get my classic PC gaming fix. Just start saving your lunch money and soon enough you will be playing all those games you wish you’d have had back in the day. 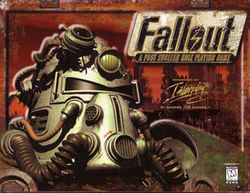