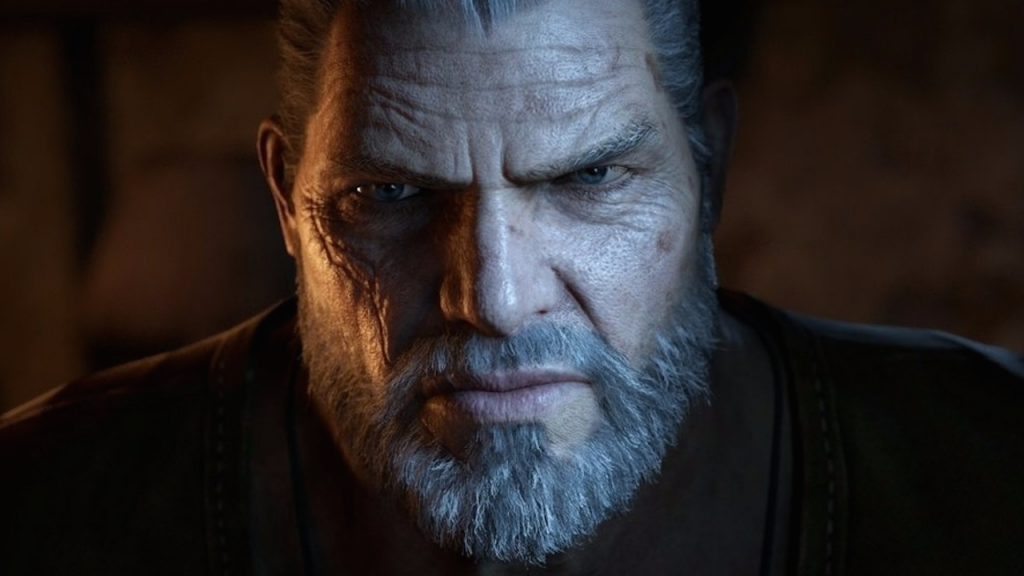 Gears of War needs to go back to go forwards

Gears of War 4, more like Gears of War Phwoar! Or Gears of Phwoar 4… Gears of Phwoar Phwoar? No, that’s just absurd. I’m starting to sound like Jonathan Ross. But enough jibber jabber: let’s just agree that the latest Gears was a bloody good video game — with an extra emphasis on the ‘bloody’.

Yet, for all of its many charms, The Coalition’s first, flesh-rending stab at the franchise didn’t quite yield another masterpiece. Instead, the series’ best game remains either Gears 2 or 3, depending on your preference, and/or which on-rails shooter section you happened to hate the least.

Now for my money, you’d have a hard time getting past the grub-pulping majesty of 3. This was a sequel that finessed almost every small detail, down to an (Ice) tee. Epic clearly had the whole thing purring by this point, with sumptuous looks, watertight gunplay and a narrative that ditched the full-on machismo of its predecessors for something a little more meaningful. Simply put, 3 outclasses 4 in almost every respect, though perhaps it should, given the extra time that Epic had invested.

This then, isn’t some sort of wistful retrospective, nor is it a topical nostalgia trip. Instead, what I want to suggest here are just a few small ways in which the inevitable Gears 5 might try looking to the past in order to get ahead.

Let’s start with the gameplay. Now, compared to Gears 3, this fourth instalment is much more of a “bullet-sponge”-style shooter, with enemies regularly taking an insane amount of damage before death. This coupled with the game’s willingness to throw fast-moving enemies your way often results in chaotic, and continually-shifting battles, ones in which the player never quite feels at home. Again, this may be your preference, but I do get the feeling that most folks would rather excel in a firefight than to barely scrape through one. Gaming is a form of wish fulfilment, after all.

This is something that Gears 3 played to perfection. With its generous clip sizes and newly-buffed weapons, no locust — lambent or otherwise — could hope to withstand you. And to compensate, the game simply threw more meat into your grinder, making for some truly memorable kill-streaks. Challenging without ever being cheap, Gears 3 did player empowerment properly. Gears 4 by contrast, remains much more concerned with rushing you off your feet, whilst also nerfing mid-ranged weapons to the point of demanding close quarters.

Of course, this particular issue wouldn’t really be a hindrance, were it not for the fact that the game’s combat zones often feel smaller than before. My guess is that The Coalition were forced to slim down in order to splash out on the visuals, with ‘cutscene doorways’ now appearing with greater regularity. Then we have your teammates, who despite being one Cog down for a small portion of the runtime, still manage to get in your way more frequently than Cole and company. Has A.I. really regressed so far, or is this just another instance of smaller maps squeezing out the fun?

Speaking of teammates, new faces Del, Kate, and JD aren’t really up to much either. Their story is predictable, their personalities unexciting and their supposedly witty banter devoid of any real zingers. It’s all gentle jibes and swiftly resolved conflicts, and, as a result, certain emotional payoffs can feel forced or muted.

It’s almost as though the developer simply opted to ‘split the difference’ between Gears 2, with its overt bro tone, and number 3 — a game that told a much more considered tale. Of course, the problem with straddling the fence like this is that the finished article never really knows what tone it wants to establish. You either go full Michael Bay or you don’t. One minute everyone’s having a grand old time and the next it’s grimace city.

With that being said, It’s also worth noting that Epic took three whole games to truly flesh out its characters. The leading Gears all begin life as broadly drawn stereotypes  — the rowdy NFL player, the smarmy techhead, the loyal family man and the gruff, no nonsense captain. Gears 2 doubled down on this, while 3 took the decision to turn Delta Squad into a far more relatable group of grunts. Hell, even Cole has time for some sombre introspection. It’s not Shakespeare to be sure, but it does give us all the more reason to care when a long-standing member of the group sacrifices himself for the team.

The good news here is that the cast of Gears 4 is far from being hopeless. The game’s final twist portends a dark future for at least one of the trio, whilst protagonist JD has some big old issues still to work out with daddy. Depending on how these elements are handled, there should be ample room for growth, just as there is at every level of the game. Gears 4 may be a good start, but this is a franchise with one hell of a pedigree. I would suggest that they use it.