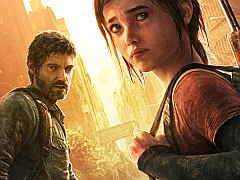 It’s difficult to suppress a feeling of dread when listening to creative director Neil Druckmann and game director Bruce Straley talk about pre-release mock reviews for The Last of Us. These early verdicts called for boss fights, government conspiracies, and super-weapons, as if the reviewers had been told to craft a list of additions that were utterly at odds with Naughty Dog’s dystopian adventure. If it had contained these elements, it almost certainly wouldn’t have been our game of the year.

Why? Because The Last of Us is a game where no-one has all the answers, nor all the power. There are no easy decisions, or deus ex machinas to save the cast from a world gone utterly sideways. Joel and Ellie’s year-long journey is marked by conflict both internal and external, mindless clickers and mindful questions from both members of this surrogate father-child team.

It’s an action game at heart, of course, and there is the usual array of guns, explosions and combat to sate anyone with a bloodlust. But it’s the moments in between the combat that mark it out (indeed, the game could have comfortably lost a couple of hours of firefights and been better off for it.): a feeling of hopelessness and despair that’s not usually found in third-person shooters (usually because certain devs think that ‘growing a beard’ is as emotional as games get).

Like its protagonists, however, you’ll drive on despite the odds, even when in the back of your mind – and in front of your gun barrel – you know all hope is probably lost. It’s a shooting game where shooting is never really plan A, a zombie apocalypse without the fun, and a game where you’ll actually care about the people around you, and not just because they’ve got the health packs.

We gave it a 10. It’s not flawless, by any means. But it gets so much right in ways games often get them wrong, as well as excelling in many other areas, and as such it’s our game of the year.